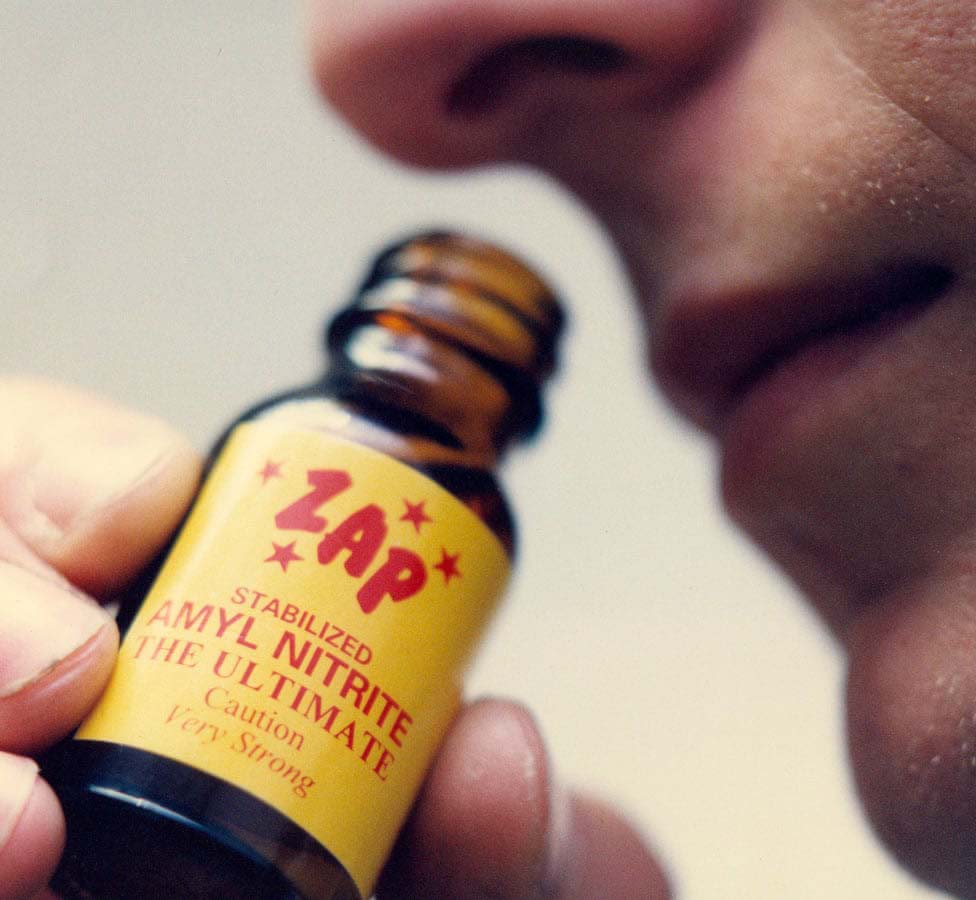 The US Food and Drug Administration has warned people against buying and using alkyl nitrites – ‘poppers’ to you and I – due to potential serious adverse side effects, including death.

In a release dated 24 June, the FDA says it “has observed an increase in reports of deaths and hospitalizations” with a number of other issues including severe headaches, dizziness, and breathing difficulties.

The substance – sold online and in adult stores – is commonly used recreationally and to enhance sex.

The FDA writes: “These products contain nitrites, which are chemical substances that should not be ingested or inhaled unless specified/prescribed by a healthcare provider.”

It lists the adverse side effects it has monitored as: “severe headaches, dizziness, increase in body temperature, difficulty breathing, extreme drops in blood pressure, blood oxygen issues (methemoglobinemia) and brain death after ingestion or inhalation of nitrite “poppers.”

The FDA also says it will continue to track and monitor cases and, “will take appropriate actions to protect the public health.” It has recommended that people stop buying and using poppers altogether and contact health providers if there are any concerns or issues.

Common in the gay and bisexual communities, poppers are usually inhaled to relax the muscles during sex, and also induce a short ‘high’.

The FDA’s advice has elicited a variety of responses with people questioning why this is coming now after the substances have been readily available for decades.

The drugs advice service, Talk to Frank, also says the substances can make erections stronger and make orgasms more intense. However, it also warns people against ingesting poppers mentioning that people have died from doing so.

Talk to Frank also says they can lower inhibitions leading people to take greater risks such as not using condoms. This, the service says, has led to an increase in sexually transmitted infections and injuries.

“Not seen to be capable of having harmful effects”

In the UK, poppers are not covered by 2016’s the Psychoactive Substances Act, which banned legal highs, but their sale is technically banned. The reason for this exclusion was cited by the Advisory Council on the Misuse of Drugs (ACMD) as “not seen to be capable of having harmful effects sufficient to constitute a social problem”.

But, the ACMD said concerns about impaired sight and the risk of lower blood pressure related to use of poppers are rare but should be carefully monitored.

The Conservative Home Secretary, Priti Patel, said last year, she is “minded” to legalise the sale of poppers. She’s contacted the ACMD for their advice on the matter. The Home Office confirmed to Attitude they are waiting for that advice before proceeding.

A 2017 study by the AIDS journal found that older men were more at risk of developing some cancers if they used poppers.