Wahlberg as anti-prejudice hero is height of Hollywood hypocrisy 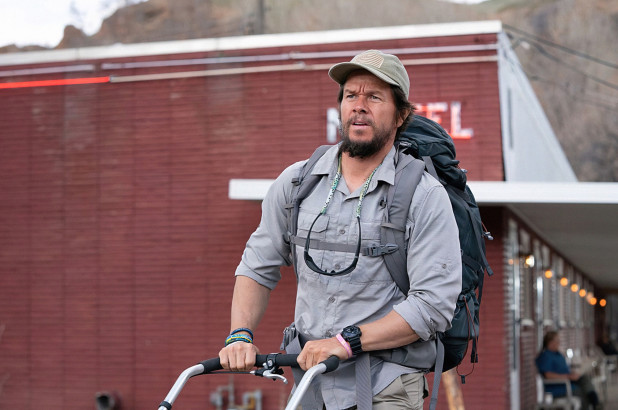 Mark Wahlberg plays titular character Joe Bell, a roughneck Republican who comes around to his teenage son’s homosexuality only after the bullied boy commits suicide.

Not since George Clooney as Batman, Colin Farrell as Alexander the Great, or Sofia Coppola as Mary Corleone has there been a greater miscasting than Mark Wahlberg as an evangelizer for gay rights.

This is a guy who has committed multiple hate crimes, who chased little black kids down the street shouting “n—–s” more than once, who viciously assaulted two Vietnamese men, who broke another man’s jaw so badly, it had to be wired shut.

This is also a guy who has never, to my mind, truly acknowledged or apologized for his sadistic, racially motivated crimes.

So to see the trailer for Wahlberg’s latest film the other night is to have one’s jaw drop in disbelief. This is Hollywood virtue signaling at its most cynical and unself-aware, pitched as — of course, what else? — Oscar bait.

Here’s Wahlberg as titular character Joe Bell, a roughneck Republican who comes around to his teenage son’s homosexuality only after the bullied boy commits suicide. Bell, as portrayed here, is a wrong-thinking man who learns, who suffers, and whose story and struggles are clearly more important and compelling than, say, the abject torture of his son.

Alas, such is the case when writing for a star.

What — you think Marky Mark is taking a backseat to the story of some kid weak enough to get beat up, fresh meat for bullies?

And so we see Wahlberg, in a trucker cap and tears as Joe Bell, shuffling his way from Oregon to New York, pushing his lone shopping cart like some old-timey hobo along two-lanes and wheat fields, stopping uninvited to lecture small-town Americans (that’s all you suckers out there, paying to stream this hypocritical tripe) about the dangers — nay, the moral injustice! — of prejudice.

And it’s based on a true story!

Could there be a greater desecration of this child’s memory? Does anyone really think that a thug who assaulted and terrorized black schoolchildren and immigrants is a champion of LGBTQ+ rights?

Get real. Clearly, Hollywood has learned nothing from #MeToo and Time’s Up.

Why does the celebrity industrial complex have such a blind spot when it comes to Mark Wahlberg?

A summary from Wahlberg’s criminal indictments in his native Boston: In 1986, Wahlberg, then 15, was riding bikes with three friends on a late Sunday afternoon when they came across 12-year-old Jesse Coleman walking with his older brother and sister.

The children were minding their own business. But they were black.

One member of Wahlberg’s crew — it’s unclear who — allegedly said, “We don’t like black n—–s in the area so get the f–k away.” They gave chase, some on mopeds, throwing rocks at the children while screaming, “Kill the n—-r! Kill the n—-r!”

Can you imagine the terror those kids felt?

The Colemans got away, but Wahlberg and his gang showed up again the next day, while Jesse was with his fourth-grade classmates and white schoolteacher on a field trip in the very same area.

There’s no evidence that Coleman and Wahlberg knew each other. These two back-to-back attacks seem completely unprovoked and random.

Once again, Wahlberg and his crew allegedly chased the entire group, throwing rocks all the way and hitting two little girls. Their teacher waved down a passing ambulance, which chased off Wahlberg and his cohort, all of whom were arrested and charged with a federal civil rights violation.

That case was settled.

Two years later, at about 9 p.m. April 8, 1988, a Vietnamese man named Thanh Lam was carrying two cases of beer out of his car when, out of nowhere and again at random, Mark Wahlberg attacked him.

“Wahlberg was carrying a large wooden stick, approximately five feet long and two to three inches in diameter,” reads the indictment. “Wahlberg approached Thanh Lam calling him a ‘Vietnamese f—king s—t,’ then hit him over the head with the stick … the stick broke in two and was later recovered from the scene.”

Wahlberg beat Lam into unconsciousness. He was arrested a few hours later.

“In the presence of two police officers,” says the indictment, Wahlberg said, “ ‘You don’t have to let him identify me. I’ll tell you right now that’s the mother—ker whose head I split open,’ or words to that effect.”

That wasn’t Wahlberg’s only attack on a Vietnamese man that night. Shortly after attacking Lam, Wahlberg punched a man named Hoa Trinh in his eye — an eye that, according to various reports, Trinh then lost — though he later said he lost his eye serving in the South Vietnamese army.

Back at the police station that night, Wahlberg kept ranting about “g–ks” and “slanty-eyed g—ks.” He was charged with attempted murder and sentenced to two years on felony assault, but served only 45 days.

Fast forward to 1992: Wahlberg is now Marky Mark, a hip-hop star and Calvin Klein model. Think money and fame might take the edge off?

Nope. In yet another random, unprovoked attack, Marky Mark kicked a man in the head so violently — while a friend held this man down on the ground — that his broken jaw had to be wired shut.

Wahlberg settled with his victim in 1993, before the case went to trial.

“I did a lot of things I regretted,” Wahlberg told ABC News in a 2006 puff piece, “and I certainly paid for my mistakes.”

Sure, he paid — monetarily.

“You have to go and ask for forgiveness,” he continued — though there’s no proof he has ever apologized to any of his many victims. “And it wasn’t until I really started doing good and doing right, by other people as well as myself, that I really started to feel that guilt go away.”

Of course, people can change. They can learn and grow and come to feel true sorrow for the people they’ve harmed, for their own behavior, and strive to do better.

In 2014, Wahlberg sought a pardon in the attacks against the two Vietnamese men, saying in part, “I am deeply sorry for the actions I took … as well as for any lasting damage I might have caused the victims,” and that he has since “dedicated myself to becoming a better person and citizen.”

Yet Wahlberg withdrew the pardon request in 2016, after it was met with public outrage. One victim, a child when attacked by Wahlberg, opposed the request, saying, “A racist will always be a racist.”

Judith Beals, who prosecuted some of the cases against Wahlberg, also said she was against it because “Wahlberg has never admitted the racial nature of his crimes.”

Again, to my mind, Wahlberg’s rationale for withdrawing his request sounds very much like someone who isn’t that sorry — blame everyone else but yourself, with concern only about yourself.

“I didn’t need that [pardon],” he said in 2016. “I spent 28 years righting the wrong. I didn’t need a piece of paper to acknowledge it. I was kind of pushed into doing it. I certainly didn’t need to or want to relive that stuff over again.”

Does any of Wahlberg’s behavior outlined here, before or since, strike you as indicative of a person capable of guilt or remorse? Let alone free of hate for blacks or immigrants or any other historically marginalized group?

“I don’t have a problem going to sleep at night,” Wahlberg said in that ABC piece. “I feel good when I wake up in the morning.”

That’s quite the tidy Hollywood ending.

Going back to the real-life Joe Bell: His cross-country walk met an untimely end when he was crushed by a semi while walking along US 40 in Colorado.

“When a child is bullied, there are usually a lot of witnesses,” Bell said before beginning his walk. “Not doing anything is not acceptable. [Those who watch and do nothing] are just as guilty. They are saying that it is acceptable.”

PrevPrevious‘Batwoman’: Victoria Cartagena To Play Renee Montoya
Next“Charlatan” Offers A Remarkable Tale of a Gay Herbalist in the 1950sNext