Prevent a third wave of Covid-19 with Ivermectin 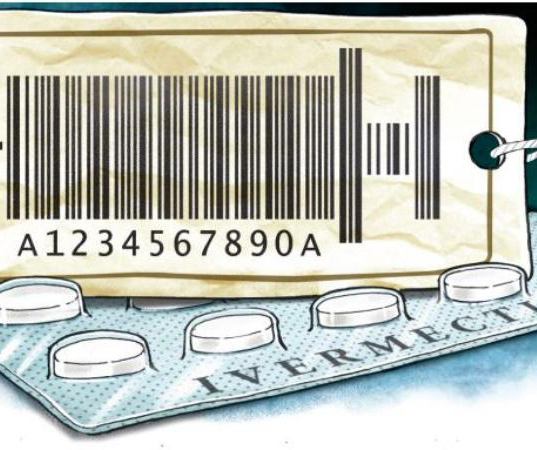 Drug control authorities around the world chose to dismiss or stay indifferent to the sustained efficacy of Ivermectin despite studies showing its effectiveness.

This is the first time in the history of a disease that its course is so anxiously charted and its possible surge predicted months in advance. Medical experts in India have forewarned of a third wave in the near future. Our government is pushing hard with vaccinations. But we have to ask the question: Even if vaccination is the best Covid terminator, is it the only one?

All estimates confirm that it will take eight to ten months to vaccinate an adequate number of people in our country. During that time, those who are unprotected while waiting for the vaccine will be vulnerable to infection. As lockdowns are relaxed, the virus will spread. Given the likelihood and the dreaded implications of a third wave, we need to look at other possibilities of halting the virus.

People have the right to know: In 1979, two scientists Campbell and Omura discovered the drug Ivermectin, which was found to be effective against a number of parasitic infestations. The drug was produced by the pharmaceutical company Merck and in the last 40 years of its use, 3.7 billion tablets have been consumed worldwide. It figures in the WHO list of essential drugs. The two scientists were awarded the Nobel Prize in Chemistry for their discovery. Ivermectin is safer than commonly used medicines like Ibuprofen, paracetamol, penicillin and aspirin. In India, every medical practitioner is familiar with this drug that is also safe for children. However, parasitic infestations are the bane of economically backward countries in Africa and Asia. For the manufacturer, it is not a profit-making drug, so Merck did not renew its patent after the early years. Ivermectin is now being produced by several companies.