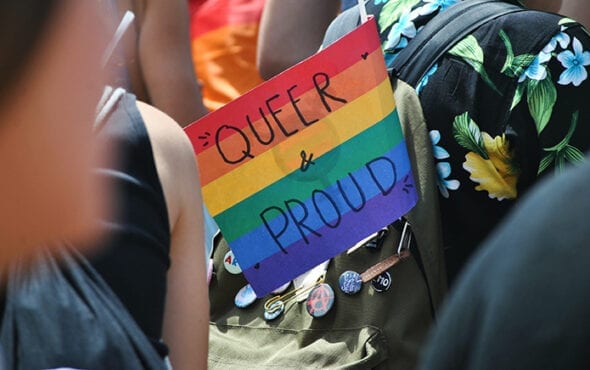 In a huge step for LGBTQ+ rights, Argentina has become the first Latin American country to add a nonbinary option on passports and IDs.

Under the new legislation, non-binary people are now able to select X for their gender.

The President, Alberto Fernandez, announced the inclusive news on Tuesday (21 July) during a press conference in Buenos Aires.

“There are other identities man and woman that must be respected,” he said.

“The ideal will be when all of us are just who we are and no one cares about people’s gender.”

The Minister of Women, Gender and Diversity, Elizabeth Gomez Alcorta, described the new law as an “action focused on the construction of more equal but also more inclusive society.”

During the press conference, Fernandez revealed the new format of the ID cards that featured the new X option. He and Gomez also delivered the first three ID’s.

Argentina joins a growing list of countries – like New Zealand, Canada and India – that have added a non-binary option to legal documents.

“There are identities that always existed, but were hidden. We must respect them because when we deny them, we deprive many people of the possibility of being happy,” he said.

“I hope that this advance ends the day in which nobody in the DNI asks what gender is perceived.”

In 2010, the country legalised same-sex marriage, becoming the first in Latin America to do so.

Back in 2012, the government passed the Gender Identity Law, which allows trans people to transition without being “diagnosed” with a psychological abnormality.

Under the new law, tax incentives and soft loans are also available for businesses that hire trans people.

We love to see to the LGBTQ+ prosperity in Argentina.