The Looting and Destruction 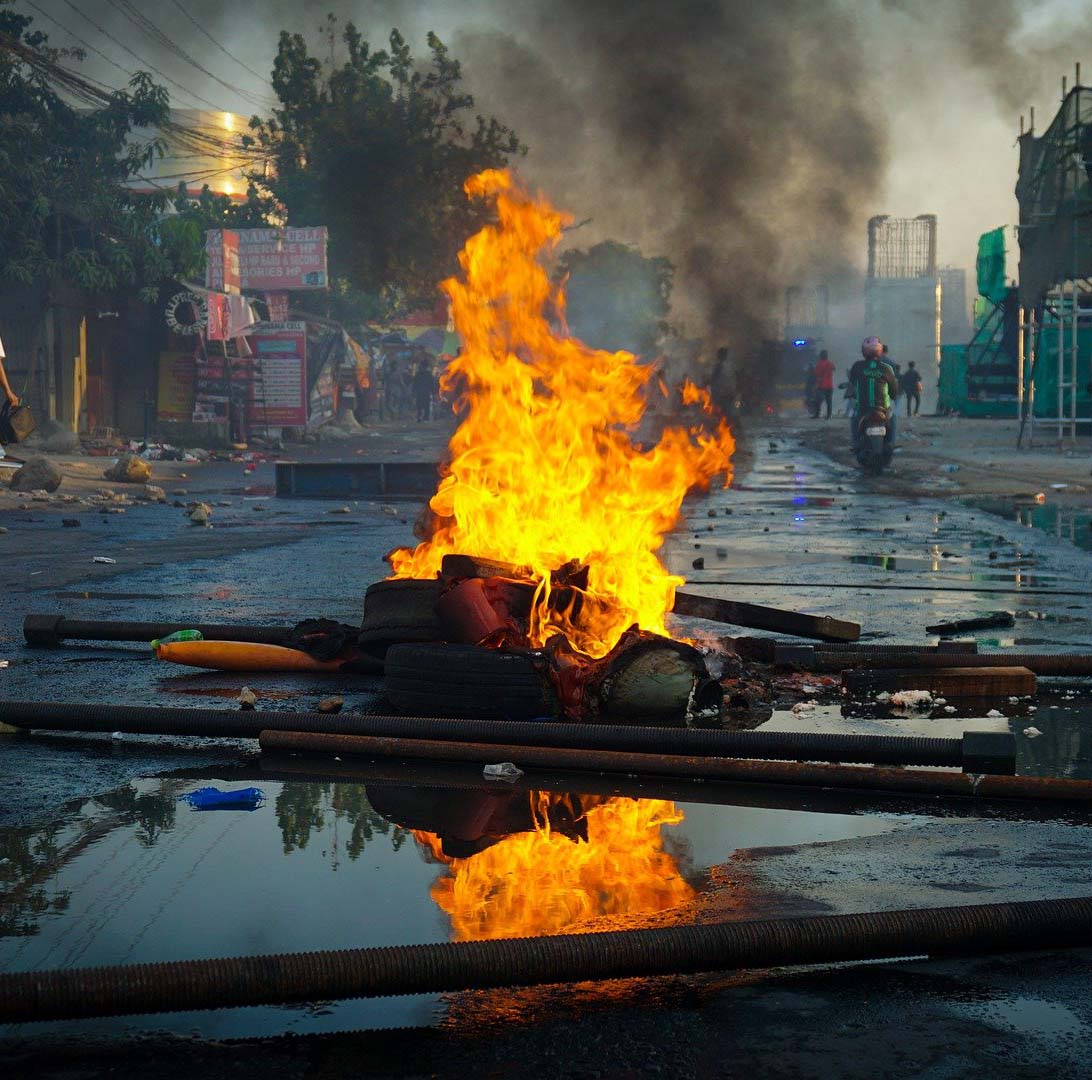 The full account of the destruction from last week’s violent unrest is still unknown. What is clear is that the recovery will not be easy for a country locked into poor policies, low growth, and high unemployment.

An entire edifice of laws that work against growth and job creation has built up under ANC rule. Empowerment policies discourage investors who do not want to take on partners that result in a dilution of their shareholding. Wage rates to protect union members, which big business can pay, are often above what small businesses can afford. The cost of this is spectacularly high unemployment. Add in the cost of a government that under performs, and the country gets stuck in low or negative growth.

These are testing times for all governments that have imposed lockdowns, but particularly those with rigid policies that dampen growth. While South Africa faces its own mix of forces fanning rioting and looting, what makes these times more dangerous is that social unrest is rising fast both here and around the world. Given the strong trend, the fear has to be that last week might have been round one. A further explosion would push any recovery far into the future.

In South Africa incidents of social unrest have risen by more than 400 percent over the past decade, according to the Institute of Race Relations. There have been rising episodes of xenophobic violence, service delivery protests, strikes combined with protests, as well as violence linked to local incidents such as that in Coligny in North West four years ago.

According to an IMF blog, in the ten years to 2019 anti-government demonstrations around the world rose by 244 percent. These included the Arab Spring, the protests against the Chinese crackdown in Hong Kong, the Yellow Vest protests in France, the London riots in 2011, and demonstrations against the results of presidential elections in Mexico and Chile in 2013.

Apart from our week of mass looting, there has recently been large scale unrest in Cuba, Eswatini, and Lebanon, as well as in Thailand and Tunisia. International lockdowns have put a lid on unrest, but as these ease there could be a surge in violent protest action. In this new wave there has to be a risk that unrest will become far larger in scale and intensity, resulting in the toppling of governments.

Last week might have been about criminality, but it was also about extreme social frustration over hardship, lack of hope and high joblessness.  Listen to some of the looters. “We don’t care. We have no jobs and never will, so why should we be the only ones who suffer? Everyone should suffer,” one looter told the Sunday Times.

Another insisted she did not care about Jacob Zuma and does not hate white people, but “I am just tired of not having stuff.”

“We don’t know when we will go back to work,” another looter told the paper.

The high level of corruption by the political elite over many years has allowed “if they steal, why can’t we” to become a moral justification for looters. With a youth unemployment rate heading toward 60 percent and extreme anxiety about the future, people are easily turned into criminals. That shows we live in volatile times, making a strong recovery a far-fetched idea.

One benefit of the market system is that firms usually have an incentive to repair and get back into business. The cost of repairing the damage to malls, shops, and infrastructure is not yet clear, but the South African Property Owners Association says destruction is massive – 161 out of the country’s 2300 malls have been extensively damaged, eleven warehouses and eight factories destroyed, and R1.5 billion in stock has been lost. It is difficult to even use proxies to assess the value of damage but seven percent of malls being destroyed shows the massive scale of the wipe-out.

A study by the IMF found that economic damage from social unrest can be long-lasting. On average, GDP remains one percentage point below its pre-shock level for 18 months, but this comes with a caveat that much depends on the nature of the unrest and how a government responds.  Our growth was only 1.1 percent in the first quarter, and second quarter growth is unlikely to have been much above this. So even with buoyant commodity prices, economists are now downgrading their forecasts due to the riots. And bear in mind that it would be far better for growth if financing was channelled into new productive investments rather than repairs of existing capital stock.

There is also the cost to the economy from supply interruptions which can causes shortages of food, fuel, pharmaceuticals, and critical spare parts.

The adverse impact of unrest is worse when it is due to both socio-economic and political factors, says the IMF. Last week was undeniably a combination of both, which means sentiment and appetite for investment in the country has been battered.

How should government respond now?

Clearly a better and quicker security response is required. But that might take time. The state also needs to be present. Why were volunteers cleaning up from Friday onwards, when this is really the job of municipal workers? Perhaps they had the weekend off.

The lockdowns and the looting have brought on a clamour from the broad left for a Basic Income Grant. With our current massive debt and deficit, this is unaffordable. That is unless South Africa’s welfare system, which is pretty good for an emerging market, is substantially changed and all grants consolidated into a basic income payment.  But that is probably not what the proponents have in mind. They are likely to want this in addition to existing grants. The government would prefer the easy way out of a special aid package rather than going ahead with politically difficult reform, but it has few options.

Best of all would be to greatly increase the chance of people finding work, with a change in the labour and minimum wage laws. The mechanism by which wages are determined by big business and big labour is destroying jobs. Even though they might not be party to the agreement, smaller firms that cannot afford to pay bargaining council wage rates, are still locked into wage agreements. The result is that they either shed labour or take on less, and youth unemployment is heading towards 60 percent.

Reform of the labour laws are the lynchpin to unleash job creation and growth, yet the ANC cannot afford to go ahead with anything that would mean their trade union allies would desert the party. Blaming the explosion on instigators rather than admitting that a large pile of tinder provides an easy source of fuel to people with matches, means that the party does not have to admit to the need for urgent reforms.

Even if only partially true, the government narrative that the past week’s events were due to the work of a dozen instigators shows the ANC’s internal battles can take on a bloody form. The events also point to how mass protest and violence could undermine an election result, the lay-off of civil servants to help cut the budget deficit, or a change in the labour laws.