Put the real culprits on trial while business rebuilds 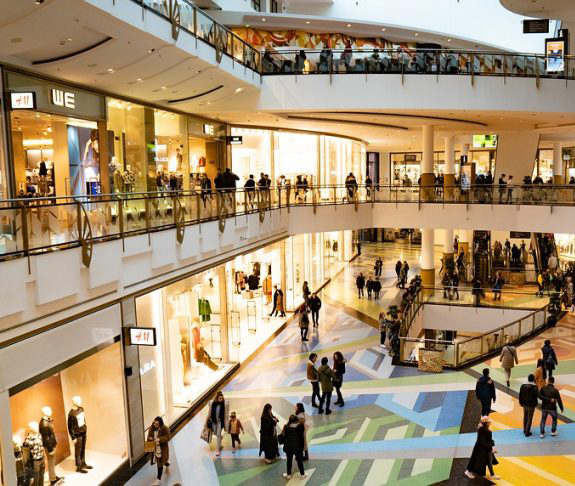 After the ruin, disgrace, and misery of the recent anarchy, South Africans are witnessing something inspiring as shopping malls are rebuilt, shelves restocked, security enhanced, and business struggles back to normal.

All this will take weeks, months, and even years, and it will cost a vast amount of money, but a start was made even before this country’s police and their political superiors got their act together and helped civil society curb the violence.

The African National Congress (ANC) is busy arguing as to whether the riots were a coup, economic sabotage, terrorism, an insurrection, a revolution, or a counter-revolution. Those who endangered democracy will ‘face the full might of the law,’ declares a government statement. The police are searching homes to recover stolen items to be used in evidence against looters. It remains to be seen how efficiently these looters can be prosecuted.

Business in the meantime is busy rebuilding. ‘Big business vows to stay in hotspots,’ proclaims one headline. ‘We are in full recovery mode,’ says Norman Drieselmann, CEO of the Egdars chain, even before calm was restored. ‘We are working round the clock to restart and rebuild stores in KwaZulu-Natal and Gauteng,’ runs a statement from Shoprite.

The period ahead will be especially revealing of two things. The first is the increasing depth of the differences between a capable private sector and an incapable state. Vast damage was visited upon big and little shops, malls, chain stores and family businesses, warehouses, factories, cellphone towers, ATMs, banks, and other property, even clinics. Some of this damage will be repaired at the expense of shareholders, private investors, and non-governmental organisations, supplemented with insurance payments for which they have also paid.

Who can doubt that if Charlotte Maxeke, which caught fire in mid-April, belonged to a listed company it would have been swiftly repaired and re-opened? Instead it took more than two months for the hospital’s cancer wards to be re-opened, and the hospital is still not fully operational. The cruel fate of Charlotte Maxeke is but the tip of a gigantic iceberg of ANC failure.

The citizens of ancient Rome had a more reliable water supply than hundreds of towns and villages all over South Africa today. Victorian England had a much more efficient postal service than we do.

Business is acting swiftly to repair damage inflicted by rioters and looters, some of them incited thereto by evil people.  But sewerage systems, water plants, and other municipal facilities across the country languish unrepaired year in and year out. The same applies to the country’s rail network, many of our roads, and plenty of other infrastructure – all damaged or allowed to disintegrate by a corrupt, lackadaisical, callous, and often useless government.

Which brings us to the second lesson to emerge over the past two weeks: the vital importance of property rights. Shops and malls are being restored by the people who own them for the simple reason that they do own them.

By contrast, if the ANC had its way with its planned expropriation legislation, the land and buildings that have been damaged would belong to the state. The present owners would be not owners, but tenants of the state. The malls would lie derelict for years, like railway stations, municipal water systems, and other facilities, while supermarkets and other shopkeepers would have to beg or bribe their way to getting their premises repaired.

The ruin and misery of the recent mayhem can, and should, be exploited by established opposition parties to highlight, in dramatic fashion, three of the many important ways in which they differ from the ANC: law and order, property rights, and a limited but decentralised and serious state run by honest and accountable professionals.

Although many major businesses will be able to recover from the recent devastation, smaller ones will have a much lower chance of survival and may disappear altogether. Venishree Govender, whose story and photograph were published by IOL, is no doubt representative of many thousands of others whose livelihoods and life’s work were laid waste.

She ran a store, Sanctuary of Essence, in a shopping mall in Durban. It was looted, R800 000 in stock cleaned out, and fixtures and equipment stolen. Of the business which she started from scratch she said, ‘It took 25 years to build but was destroyed in no time by looters.’ Though ‘bankrupt’ now, she is determined to rise again.

Perhaps there is a way to raise money for a fund to help such people get back on their feet. This would be to bring a class action against Cyril Ramaphosa, his Cabinet, and the ANC-run provincial councils in KZN and Gauteng for criminal negligence in failing to provide a safe and secure environment for South Africans in which to conduct business.

The Constitution entrenches the right to ‘to be free from all forms of violence’. It binds the state. It also says cabinet members are individually and collectively responsible to Parliament. Members of provincial executives are likewise individually and collectively responsible to their legislatures. Policing is a provincial as well as a national function.

There is enough here to form the basis of a compelling class action. Let the politicians pay out of their own pockets for their negligence. Since they follow the dictates of the national executive committee of the ANC, let Luthuli House also be the target of a civil action for massive damages. Because the ANC’s parliamentary caucus has failed to do its job of holding the Cabinet to account, let them all join the lists of defendants.

And if Jacob Zuma and/or his followers had a role to play in unleashing such wickedness against Ms Govender and tens of thousands like her, let them also be prosecuted and sued.