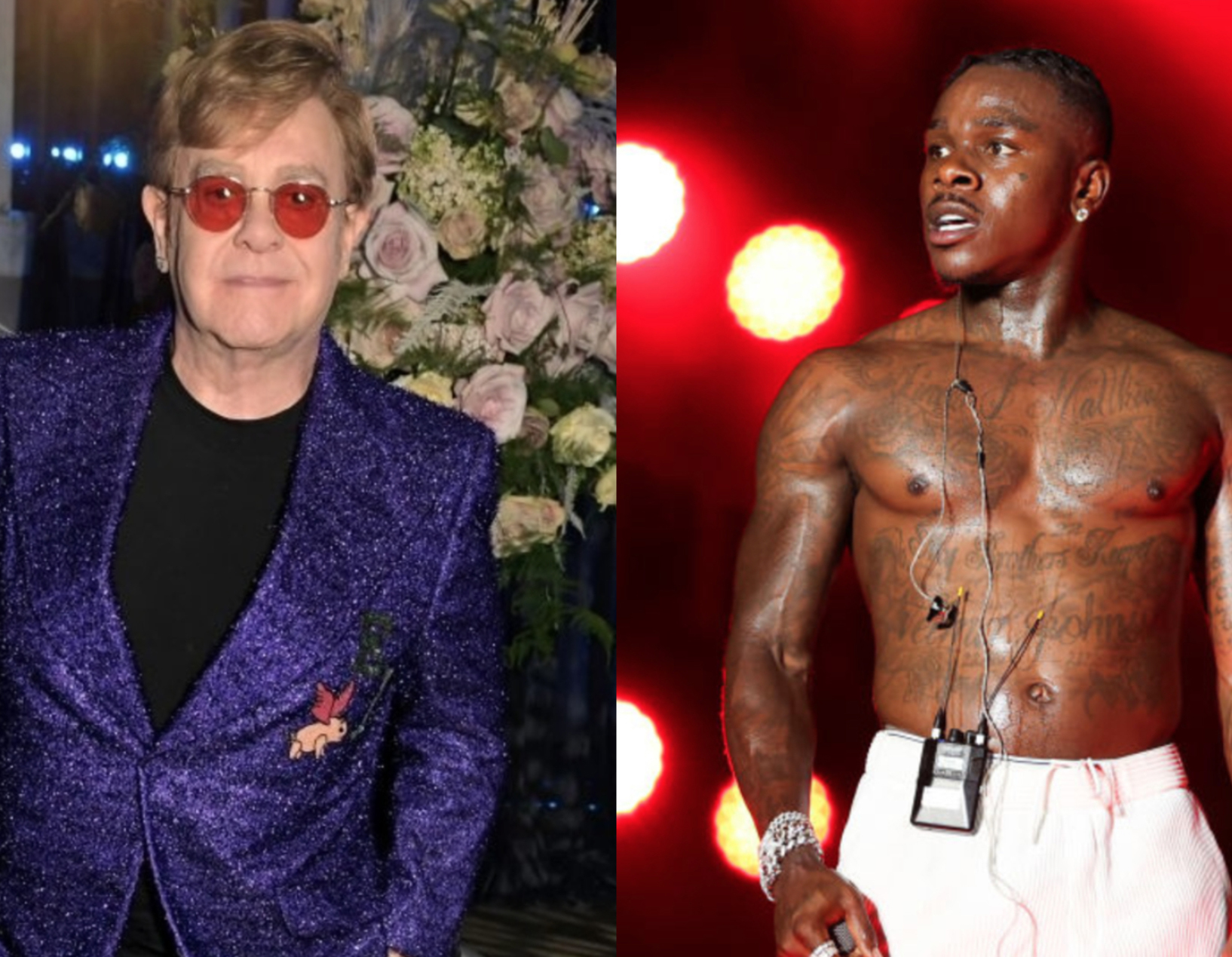 Elton John has slammed DaBaby over his recent on-stage comments about HIV and AIDS.

Over the weekend, the rapper made an appearance at the Rolling Loud Festival in Miami, Florida and told the crowd that HIV and AIDS would “make you die in two or three weeks”, despite many people being able to live long lives with the virus thanks to medicine that has been around since the ’90s.

His comments sparked outrage online, and on Wednesday, Elton issued a statement.

“HIV misinformation and homophobia have no place in the music industry. We must break down the stigma around HIV and not spread it. As musicians, it’s our job to bring people together,” he fired, while leaders at the music superstar’s Elton John AIDS Foundation charity added: “We’ve been shocked to read about the HIV misinformation and homophobic statements made at a recent DaBaby show. This fuels stigma and discrimination and is the opposite of what our world needs to fight the AIDS epidemic.”

In addition, Dua Lipa – who recently collaborated with DaBaby on a remix of her song Levitating – declared in an Instagram Stories post that she was “horrified” by the comments.

“I really don’t recognise this as the person I worked with. I know my fans know where my heart lies and that I stand 100% with the LGBTQ community,” she wrote. “We need to come together to fight the stigma and ignorance around HIV/Aids.”

DaBaby originally defended himself in a series of Instagram Stories videos, in which he stated that his live performance will “never translate” to people watching an out-of-context clip online. However, he issued an apology on Twitter on Tuesday night.

“Anybody who done ever been effected (sic) by AIDS/HIV y’all got the right to be upset, what I said was insensitive even though I have no intentions on offending anybody. So my apologies,” the 29-year-old wrote. “But the LGBT community… I ain’t trippin on y’all, do you. y’all business is y’all business (sic).”