To all those pretending the Covid-19 pandemic is toning down… 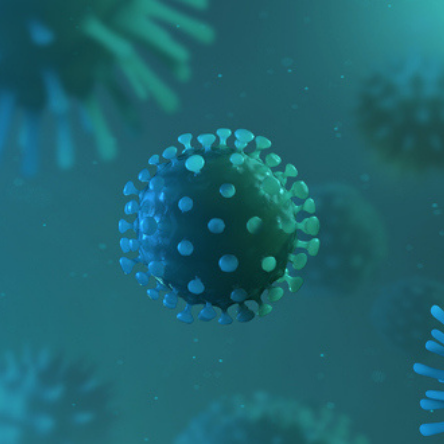 The current expansion in prevalence of infectious Sars-CoV-2 variants is highly problematic because it erodes natural Ab-based, variant-nonspecific immunity in the non-vaccinated part of the population.

The high infectivity rate that results from this expansion not only further enhances the expansion of these variants but may also drive natural selection of viral variants that are featured by an even higher level of infectiousness. Erosion, therefore, of natural Ab-based, variant-nonspecific immunity promotes breeding and transmission of more infectious viral variants in the non-vaccinated part of the population. On the other hand, mass vaccination promotes natural selection of increasingly vaccine immunity (VI)-escaping variants in the vaccinated part of the population. Taken together, mass vaccination conducted on a background of high infectivity rates enables more infectious, increasingly VI-escaping variants to expand in prevalence. This evolution inevitably results in inclining morbidity rates in both, the non-vaccinated and vaccinated population and precipitates the emergence of circulating viral variants that will eventually fully resist vaccine-mediated immunity (VMI). This is why mass vaccination campaigns should not be conducted during a pandemic of a highly mutable virus, let alone during a pandemic of more infectious variants (unless transmission-blocking vaccines are used!). It is critical to understand that a rapid decline in viral infectivity rates that is not achieved by natural infection but merely results from expedited mass vaccination campaigns will only delay abrupt propagation of emerging, fully vaccine-resistant viral variants and hence, only delay the occurrence of a high wave of morbidity and mortality. In contrast, mass vaccination campaigns that are progressing more slowly, especially when conducted on a background of relatively low infectious pressure, will result in a steadily growing propagation of increasingly VI-escaping variants and hence, cause a wave of morbidity and mortality that continues to grow bigger and larger as more and more people become vaccinated. It’s only when fully vaccine-resistant viral variants will become dominant that this wave will start to peak.

To prevent more detrimental consequences of the ongoing evolution of Sars-CoV-2, we have no choice but to mitigate erosion of natural, Coronavirus (CoV)-nonspecific immunity in non-vaccinated individuals and exertion of strong immune selection pressure on immunodominant vaccinal epitopes in vaccinated individuals. This is to say that we MUST stop mass vaccination and lower viral infectivity rates immediately. Continued mass vaccination will only lead to a further increase in morbidity and hospitalization rates, which will subsequently culminate in a huge case fatality wave when the expansion of more infectious, vaccine-resistant variants will explode.

A rapid and substantial decrease in viral infectivity rates could be achieved by a short-term course of large-scale antiviral chemoprophylaxis (suitable candidates have already been identified) and adequate infection prevention measures while early treatment of symptomatically infected subjects and implementation of a healthy eating (including certain dietary supplements) and lifestyle (including exercise!) plan would further contribute to building herd immunity. Although this strategy is unlikely to eradicate the virus, it should allow forcing the pandemic into transitioning to a kind of ‘artificial’endemicity. Of course, as asymptomatic reservoirs (asymptomatically infected vaccinated or non-vaccinated humans or even animals) would remain, mass gatherings would still need to be avoided in the future and large-scale chemoprophylaxis campaigns using antiviral drugs would likely need to be repeated at specific time intervals and for as long as no sterilizing immune intervention is available.  The action plan proposed above should immediately be implemented: Once the virus will become entirely resistant to the current vaccines, the above-mentioned measures will no longer be able to prevent a dramatic rise in casualties, unless campaigns of antiviral chemoprophylaxis are conducted worldwide and on a permanent basis.