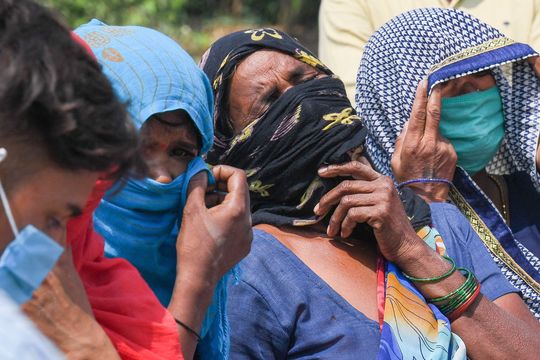 Debunking Big Pharma’s big lies about why they can’t share lifesaving technologies and end the pandemic by agreeing to temporary waivers on patent rights.

NEW YORK (Project Syndicate)—The only way to end the COVID-19 pandemic is to immunize enough people world-wide. The slogan “no one is safe until we are all safe” captures the epidemiological reality we face. Outbreaks anywhere could spawn a SARS-CoV-2 variant that is resistant to vaccines, forcing us all back into some form of lockdown.

Given the emergence of worrisome new mutations in India, Brazil, South Africa, the United Kingdom, and elsewhere, this is no mere theoretical threat.

Worse, vaccine production is currently nowhere close to delivering the 10 billion to 15 billion doses needed to stop the spread of the virus. By the end of April, only 1.2 billion doses had been produced world-wide. At this rate, hundreds of millions of people in developing countries will remain unimmunized at least until 2023.

It is thus big news that President Joe Biden’s administration has announced it will join the 100 other countries seeking a COVID-19 emergency waiver of the World Trade Organization intellectual-property (IP) rules that have been enabling vaccine monopolization. Timely negotiations of a WTO agreement temporarily removing these barriers would create the legal certainty governments and manufacturers around the world need to scale up production of vaccines, treatments, and diagnostics.

Last fall, former President Donald Trump recruited a handful of rich-country allies to block any such waiver negotiations. But pressure on the Biden administration to reverse this self-defeating blockade has been growing, garnering the support of 200 Nobel laureates and former heads of state and government (including many prominent neoliberal figures), 110 members of the U.S. House of Representatives, 10 U.S. Senators, 400 U.S. civil-society groups, 400 European parliamentarians, and many others.