How I Wear It: The East London DJ And Musician 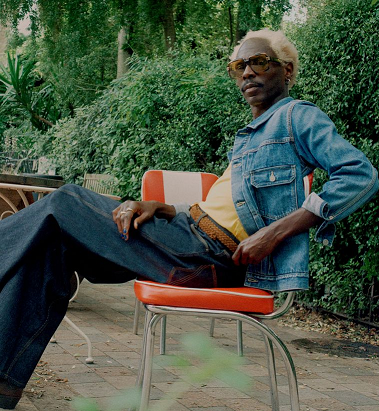 How I Wear It: The East London DJ And Musician

Mr Josh Caffé is in ebullient mood when we speak via Zoom from his London home. England’s nightclubs have just reopened and for Caffé, a recording artist, vocalist, producer and DJ, a major part of his life had been closed off for more than a year. On the grand reopening night, he was behind the decks at the Adonis LGBTQ+ party at The Cause, a tiny, illicit-feeling space on an industrial estate in Tottenham, north London, soaked in red light and host to some of London’s most exciting parties in recent years.

“I’m still buzzing from that whole day,” says Caffé. “I played the first set and I was so nervous about doing it. At first I was like, ‘Do I do a warm-up set?’ But I just had to go straight into it. So I started at 130bpm and as soon as I pressed ‘Play’, everyone was screaming. There were people scaling the cage around the DJ booth, shaking it, all the pent-up energy was released from everyone. It was just really happy.”

Even though the party took place on the hottest week of the year, Caffé didn’t let his sartorial standards slip. “I did a look because that’s just me being extra,” he says. “A nice 1970s denim shirt with cut-off denim shorts, which, to be honest, was an absolute mistake because it was boiling. By the end, I just had to take the shirt off, so I was topless.”