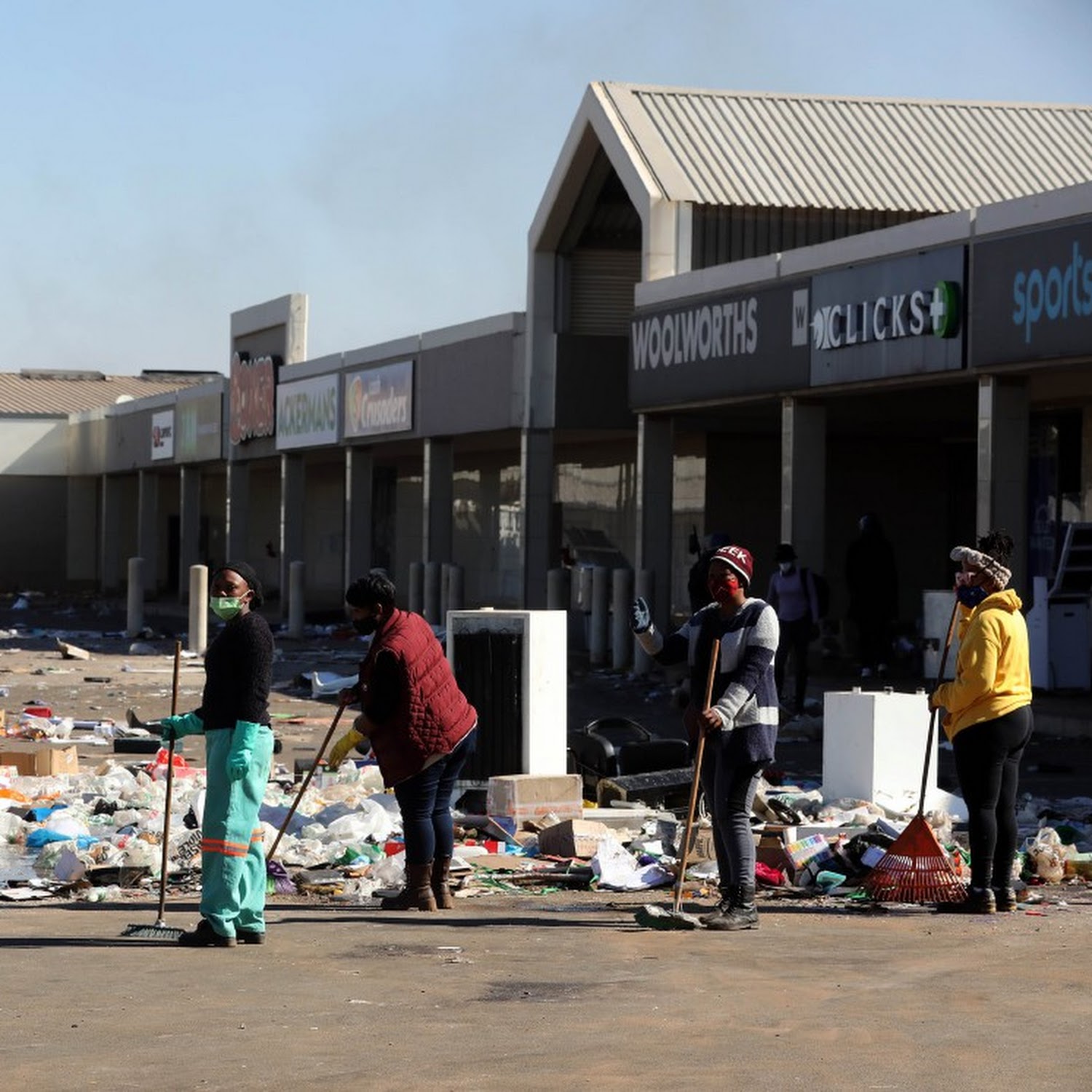 The recent riots, rampant destruction of property and looting will prove to be a bigger unanticipated and unintended political consequence for factions within the ANC than they could’ve ever imagined!

The ANC have always been arrogant enough to believe that most South Africans care about the ANC and its ongoing infighting.  In fact, my interactions with ANC members of parliament reveal that they believe that, like them, that most South Africans have a communist-mentality which places the ANC as the end-all and be-all and at the centre of their lives.  In reality this is simply not the case.

It is therefore not surprising to see the shock expressed by the Kwazulu-Natal premier when local communities told him where to get off in response to his “instruction” for communities to “stand down.”  The arrogance of the ANC appears to have no bounds!  Just like an absolute monarchy, the ANC actually believes that if it decrees something, that South Africans, as it’s supposed loyal and unquestioning subjects, must simply deferentially abide by it.

The ANC faction’s selfish and evil objectives of destruction, racial tensions and enslavement by the ordinary citizen to a big bloated government has backfired.  Instead, moderate South Africans of all walks of life have chosen the very opposite to these objectives.  Citizens have instead done things for and by themselves, without needing government or its intervention.  How the all-controlling ANC must hate what is happening on the ground!

The truth is that the different ANC factions, particularly RET (Radical Economic Transformation), were banking on South Africans being divided as a result of the destruction caused.  The recent events have shown that the narrative that the RET faction was hoping to create has simply been ignored by most South Africans.

Instead, communities have worked together and assisted each other, protected themselves and their communities precisely because this bumbling government hasn’t been there for its citizens during this difficult time.  Instead government is creating a failed and failing State every day.

This was clearly illustrated in videos that went viral of how SAPS members were unable to apprehend looters because the police are so inept at doing their job.  Instead, it was local communities that had ensured that their communities were safe.

The recent events have shown how South Africans, irrespective of race, have rejected the looting minority who have caused havoc.  This rejection has come in a variety of forms; from setting up community watches to protect communities and their assets to the overwhelming support from all over the country by sending the people of Kwazulu Natal food, supplies and assistance of various descriptions.  Countless community initiatives have sprung up even in areas that have not been affected by looters.  Ordinarily people have expressed their support to join their communities in standing up against any person who may wish to blunder their local infrastructure.

Despite the continuous narratives, by the ANC, EFF and even the mainstream media, of a nation divided by race, the actual events on the ground tell a very different story.  The truth is that the majority of South Africans are peace-loving and want to live side by side with each other irrespective of race to together build the rainbow nation.