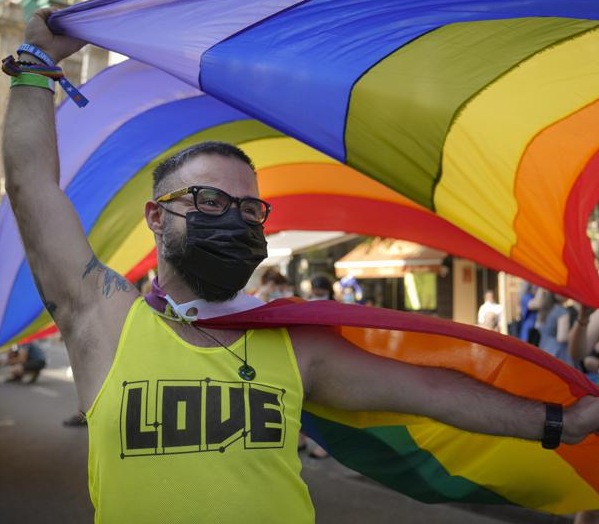 Several thousand LGBT supporters took to the streets in the Romanian capital of Bucharest Saturday for a gay pride parade that resumed after a year’s pause due to the pandemic.

Marchers young and old walked through the capital’s streets, with many waving colorful flags and blowing whistles.

Teodora Ion-Rotaru, executive director of ACCEPT Association, an LGBT rights group, told The Associated Press that Bucharest Pride, which has been running since 2004, “remains a protest that asks for the very basics.”

Hours before the LGBT parade kicked off Saturday, around 100 far-right opponents, who advocate for traditional family values, held an anti-LGBT counter-march in the capital.

A 2019 opinion poll by Eurobarometer found that 38% of Romanians agree that gay, lesbian, and bisexual people should have the same rights as heterosexuals, while 54% disagreed.

This year marks 20 years since Romania, a country of more than 19 million, decriminalized homosexuality.