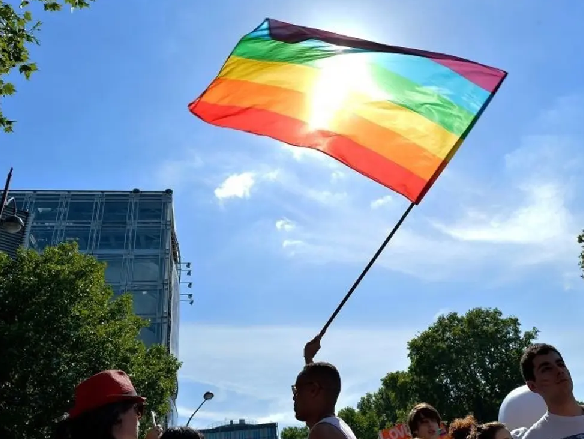 The historic Pride flag that has flown above San Francisco‘s Castro district for more than four decades could be replaced by an alternative flag that is more inclusive of the entire LGBT+ community.

The iconic rainbow flag, which was designed by artist Gilbert Baker and is recognised around the world for its rainbow design, has flown in the heart of San Francisco’s LGBT+ community since the 1970s.

Campaigners have recently called for a newer version of the flag to fly above the Castro, with members of the district’s LGBT+ cultural advisory board (CQCD) voting to recommend its replacement in June.

The CQCD asked the Castro Merchants — the businesses association that has authority over the Castro area and its Pride flag — to consider the more inclusive Progress design, which has colours for Black, brown, and transgender members of the LGBT+ community.

Similar moves have already been seen across the US, with LGBT+ groups switching the historic Pride flag for the Progress flag in the wake of anti-racism demonstrations, and attacks on transgender rights by Republicans and the far-right.

The CQCD is currently carrying out a survey on the adoption of the Progress flag in San Francisco, with the final call in the hands of the Castro Merchants. It is expected to report back in September.

The Castro’s business association has so far suggested a second flag pole be put in place to accommodate both designs in the area, which it believes will “best reflect our two sincere beliefs: symbols can change over time yet queer history matters”.