The Generational Clash at Pride Is Actually a Sign of Progress. 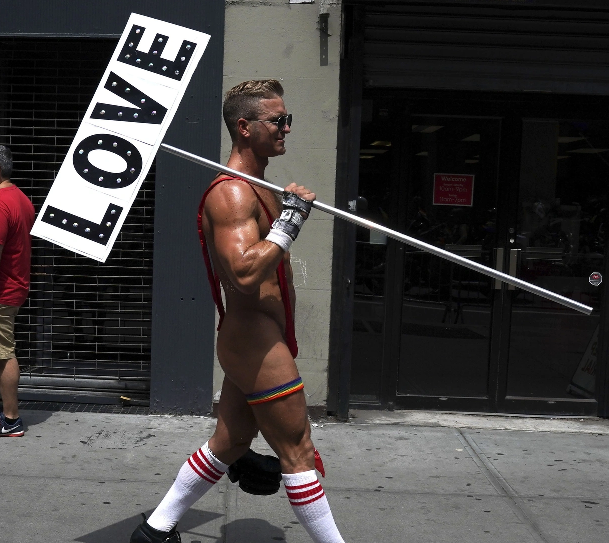 The kink-at-Pride debate shows that the queer movement has grown in exactly the way it should.

This month, the memes related to LGBTQ Pride celebrations have had a striking theme: disgust. Some people have been sharing images of queer icons and homophobes alike wearing expressions of disapproval—RuPaul frowning on the phone, Little Edie ranting in Grey Gardens, Aunt Lydia scowling in The Handmaid’s Tale. The captions say something along the lines of “Gen Z calling the cops after seeing a jockstrap at Pride.”

Supposedly, there is a yet another generational war going on—among queer people, and about sex.

Over the past few weeks, a smattering of tweets, TikToks, and think pieces—many from teenagers and young adults—have complained that celebrations of LGBTQ Pride are too raunchy. At this month’s commemorations of the 1969 Stonewall uprising, some revelers will flaunt fetish wear, bare lots of flesh, or—and the frequency of this is very disputed—hook up in broad daylight. Open displays of sexuality always invite conservative disapproval, but what’s new is a sense that out-and-proud youths are offended. Bob the Drag Queen, a winner of RuPaul’s Drag Race, recently tweeted that Gen Z’s rhetoric about kink at Pride was “giving Karen vibes.” A follower replied, “I was 12 when i got thrown condoms at my head … its uncomfortable.”