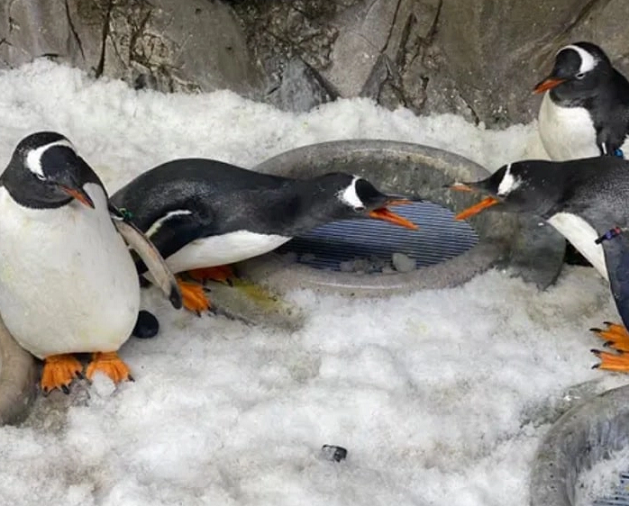 Melbourne’s Sea Life aquarium has said two gay penguin couples in their colony have paired up for their nesting season.

Gentoo penguins are monogamous and mate for life, and same-sex pairings are not uncommon both in captivity and in the wild.

The Melbourne aquarium says in their gentoo penguin colony, duos Tiger and Branston and Jones and Klaus have gotten together.

“Same-sex penguin pairs will court each other and incubate an egg exactly the same way as a male-female pair,” she said.

“As male-male pairs can’t lay their own eggs, we will sometimes foster an egg to them from another pair.”

All the penguin couples court their partners by bringing ice pebbles to each other, Sea Life explains.

It’s the birds’ mating ritual, and the couple will later use the stones to build a nest and incubate eggs together.

Davis said all of Sea Life Melbourne’s previous same-sex couples in their penguin colony were all doting parents.