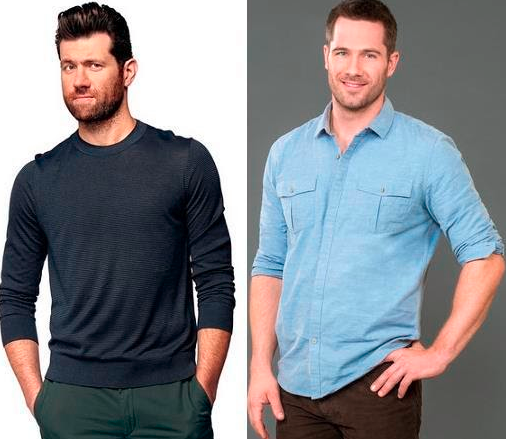 Canadian actor Luke Macfarlane is set to star opposite Billy Eichner in Universal’s romantic comedy Bros, which is the first gay rom-com from a major studio, and certainly the first to feature two openly gay male leads.

Nicholas Stoller (Forgetting Sarah Marshall) will direct from a script he co-wrote with Eichner, who will also serve as an executive producer on the project, which will be produced by comedy luminary Judd Apatow. The film follows two men with commitment issues who attempt to start a relationship together.

Macfarlane has been the choice for this role for more than two years, and though some close to the project lobbied for a bigger “name,” Eichner fought for the lesser-known Macfarlane, who ultimately won the coveted role. And yes, Macfarlane’s sexual preference was likely a factor, as Eichner has been pretty open about not wanting to star opposite a straight actor.

“I’m doing this rom-com about a gay male couple that I wrote and I’m starring in for Universal, that Judd Apatow is producing. Nick Stoller and I co-wrote it. We were just about to shoot it when COVID hit. Hopefully, we’ll shoot it next year, but I’m an EP on that and heavily involved in all ways. So, I was privy to casting discussions, and I would see when the casting lists were circulating, about which actors to call in for which role. There were so many straight actors on every list to play gay characters. And then, at the beginning, before I raised my voice, for the straight characters in the movie, there were never gay actors on the lists for those roles. I saw it with my own eyes. It’s not a two-way street. I’m trying to change that, and I also think it’s so important for us to be able to tell our own stories, because we have the lived-in experience, to bring the intellectual nuance of it to the screen,” Eichner told Deadline in July 2020.

Meanwhile, Macfarlane, who played a gay man on the long-running ABC series Brothers & Sisters, announced that he himself was gay back in April 2008, when it was even harder for actors to be forthright about their sexual orientation.

“I don’t know what will happen professionally … that is the fear, but I guess I can’t really be concerned about what will happen because it’s my truth,” Macfarlane said at the time, when he was just 28 years old. “There is this desire in L.A. to wonder who you are and what’s been blaring for me for the last three years is how can I be most authentic to myself — so this is the first time I am speaking about it in this way,” he explained back then.