Dragon Age: Origins – You Can’t Be Gay With Alistair. 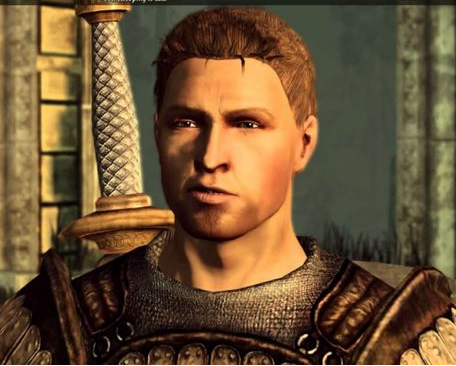 The palpable chemistry between the Warden and Alistair isn’t limited by your Grey Warden’s gender, so it’s a little upsetting that his ‘platonic’ friendship has far more intimate elements more in-line with something romantic. There’s an undeniable mutual affection bubbling underneath the hushed words you exchange with Alistair, yet you can’t date him if you’re a guy.

Dragon Age: Origins’ queer representation leaves a lot to be desired, from its transphobic ‘surprises’ at the brothel to its stereotypical depiction of bisexuals as promiscuous killers. LGBTQ+ stories were still teething in the triple-A space back in the late ‘00s, after all. However, BioWare nearly struck gold with a charming queer romance between the Warden and Alistair.

He has a tough exterior – the Templar Knight turned Grey Warden who stands defiant in the face of the Darkspawn – and he leads the rookies (or rather rookie, given that everyone else dies) into battle like a hardened veteran of the field despite his own induction being relatively recent. It’s all a facade, and one that breaks down beside the dimly-lit flicker of the campfire under the moonlight. The two of you expose your vulnerabilities to one another, confiding your deepest secrets.

Alistair pours his heart out, grieving over the death of his mentor Duncan – something that he had previously bottled up while keeping his chin raised and upper lip still so as to not let the team down. His mourning is saved for you, who may as well be a complete stranger. You’ve just met. But surviving a tragedy seems to have a way to push people into each other’s arms. The thrill of nearly dying and having your whole life flash before your eyes is as good an excuse as any, I suppose.

Unraveling his feelings, being sympathetic to his plight, and simply listening as the Warden does so well means that Alistair will go a step further, revealing to you that he is a royal bastard. He’s potentially the rightful heir to the now-empty throne. It’s a huge revelation in terms of story, but it never felt that way to me. It was an intimate experience between two flirtatious lovers whispering in the dark away from the others, making our bond all the stronger out of everyone in the group.

PrevPreviousBilly Eichner Taps Luke Macfarlane to Play His Love Interest in ‘Bros’.
Next7 Reasons Why Guys Should Wear Speedos.Next