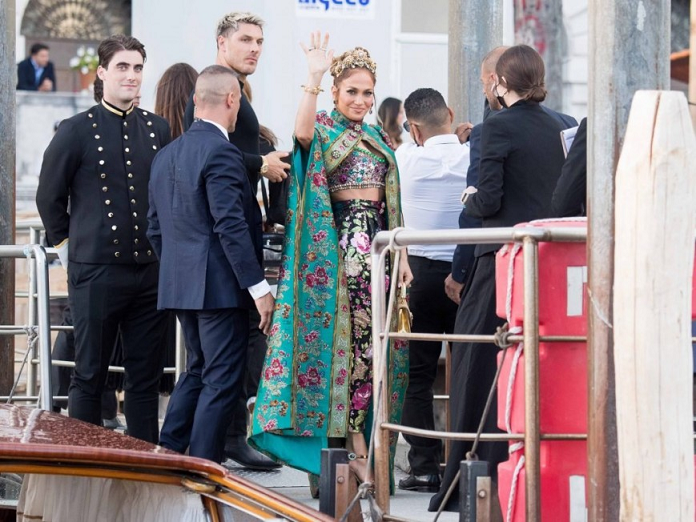 An apocalyptic hailstorm left the star-studded audience at the Dolce & Gabbana event in Venice scrambling to take cover on Monday. The show, however, continued and managed to still take the fashion scene by storm following the embattled brand’s return to the catwalk for its latest Alta Sartoria couture collection.

Celebrity guests including Jennifer Lopez and Kourtney Kardashian, were at St. Mark’s Square as designers flaunted their Alta Sartoria collection in vivid colored sequin-embellished suits, embroidered capes, and avant-garde dresses when the hail started to dampen the live audience, according to the Independent.

However, the sudden storm forced everyone in attendance to duck for cover under umbrellas and jackets, as seen in a video posted to Instagram by the fashion blogging account @diet_prada.

Soon after, Twitter was inundated with tweets of reactions from netizens varying from alarm and concern to bemusement, while some people found the meteorological coup d’état karmic.

News of the freak storm, however, did not stop fans from slamming the A-list attended event over controversies surrounding the brand’s owners, Domenico Dolce and Stefano Gabbana, who came out against same-sex parenting in 2015 and have also been lambasted for xenophobic comments, Remezcla noted.