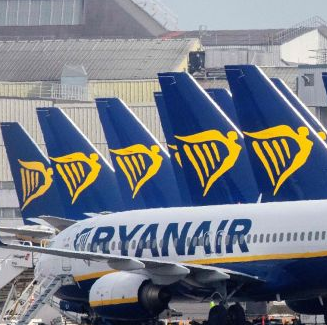 Ryanair flew 11.1 million passengers in August, passing the 10 million mark for the first time since Covid-19 hit in March 2020.

Figures published by the airline on Thursday show that it sold 82 per cent of the seats on the 71,000 flights it operated last month.

The last time in which Ryanair exceeded 10 million passengers in a month was in March 2020, the month that most European governments shut down travel in the face of rising Covid numbers, when it carred 10.9 million passengers.

The figure is more than 50 per cent ahead of the seven million passengers who flew with the airline in August 2020.

However, it is 25 per cent short of the 14.9 million that Ryanair hit in August 2019, which was its busiest month that year.

Ryanair believes it will fly between 90 million and 100 million passengers in its current financial year, which ends on March 31st, 2022.

Previously, it had said the figure would be at “the lower end” of an 80 million to 100 million range.

PrevPreviousParties should pay attention to the Pink Vote – IRR.
NextThere’s no need to panic about the new C.1.2 variant.Next