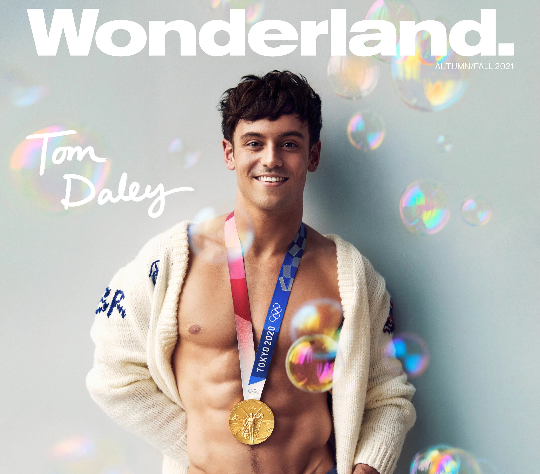 Tom Daley recently did a stunning photoshoot for Wonderland magazine, with his front cover images winning plenty of praise.

shared a selection of underwater photographs taken for the shoot. Swipe the Instagram posting above to see them all.

The photographer, Bartek Szmigulski, also shared images on his own Instagram, including a small video clip.

In a separate development, Daley did a video interview with GLAAD this week, in which he discussed his career and Olympic success.

Highlights of the talk included comparisons between his 2016 Olympic experience and 2021.

“He was there to watch me win an Olympic gold medal and now the sweetest thing is, we are here in Calgary…and we drove past the Olympic parkway, and he was like ‘Papa, look, the Olympic rings…you win that!’ It is really sweet that he was able to watch it and he understands what I have done.”