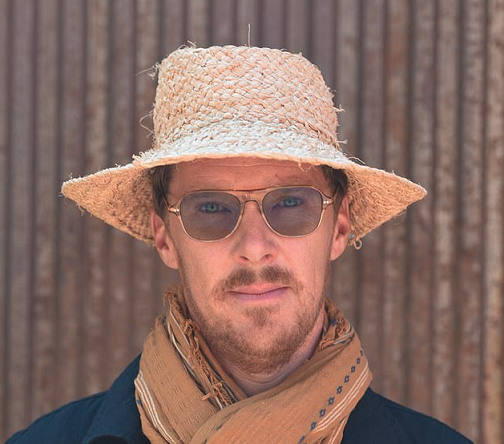 Benedict Cumberbatch has been hitting the festival circuit for his new film The Power Of the Dog, where he opened up about straight actors playing gay roles.

The 45-year-old actor plays rancher Phil Burbank, a ‘sadistic rancher’ who strikes up a relationship with Peter (Kodi Smit-McPhee).

While Cumberbatch isn’t gay, he revealed in an interview with IndieWire that they did speak about the issue frequently, adding, ‘It wasn’t done without thought.’

‘I feel very sensitive about representation, diversity, and inclusion,’ Cumberbatch said at the Telluride Film Festival.

‘One of the appeals of the job was the idea that in this world, with this specific character, there was a lot that was private, hidden from view,’ he added.

While it’s never specifically stated what his character’s sexual preference is, the actor has played a gay man before, portraying Alan Turing in The Imitation Game.

‘It wasn’t done without thought. I also feel slightly like, is this a thing where our dance card has to be public? Do we have to explain all our private moments in our sexual history? I don’t think so,’ he added.

He also mentioned that director Jane Campion, ‘chose us as actors to play those roles. That’s her question to answer.’

25-year-old McPhee is also a straight man, but he said there was a lot about his character Peter that he relates to.

‘Sure, I’m a straight man, but I’m extremely in touch with my feminine side. I was raised by my mother and my sister,’ McPhee said.

‘Of course, my dad has a huge masculine influence on my life but he could never really take me away from the feminine side that I just intrinsically have in myself,’ he added.

‘It was just a matter of bringing it out… and letting it be in the world. It was a really experimental but beautiful thing to do,’ McPhee continued.

He also praised director Jane Campion, who ‘challenged me to get out of my comfort zone.’

‘At first I was like, “I don’t know what I’m doing, I don’t know if I can find anything more than what I’ve done for all these years,”‘ he said.

‘But when I just surrendered to it and accepted it and had fun with it, Jane helped me bring more to Peter than I could bring myself,’ he added.

The Power of the Dog will debut in theaters November 17 before arriving on Netflix December 1.