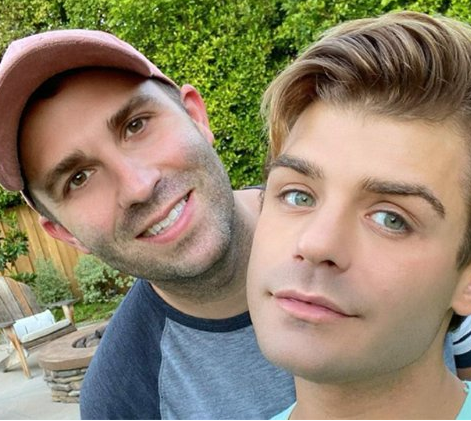 Actor Garret Clayton and partner Blake Knight got their happily ever after as the two were married in a garden party themed wedding on the Disney estate over the weekend.

“We’ve been trying to get married for a long time,” Clayton told People. “So we’re just excited.”

It’s been a long road to the aisle for Teen Beach Movie star Clayton and screenwriter Knight. The two began dating in 2011, got engaged while visiting Iceland in 2018, and were then forced to postpone their wedding twice due to the pandemic.

The couple were wed at the private residence, which features a working wishing well inspired by Snow White — the perfect venue for the self-described “Disney nerds.” The grooms were walked down the aisle by their mothers, and actor Alicia Silverstone officiated the vows; a role which, according to Knight, she took seriously.

After the ceremony, guests celebrated on the estate lawn with games of bocce ball and croquet, as well as giant versions of Connect 4 and Jenga. “We really wanted the wedding to be fun,” Clayton explained. “Not just fun for us, but fun for everybody.”