Another gay man attacked in Madrid. 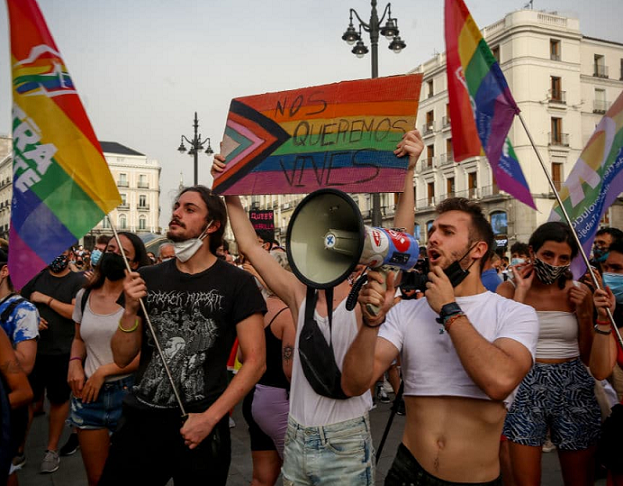 A gang of eight hooded assailants launched a “vicious” attack on a gay man in Madrid, Spain, in broad daylight, carving the word “faggot” on his backside.

Two months after the horrific killing of Samuel Luiz, a 24-year-old gay man, in A Coruña, Spain, sparked international outrage, another homophobic attack has shocked and repulsed Spain.

The 20-year-old victim was assaulted in the Malasaña neighbourhood at around 5:15pm Sunday afternoon (5 September). His attackers sliced him with a knife as they barked “maricón [faggot]” at him outside his apartment complex, Policía Municipal Madrid said according to elDiario, a Spanish-speaking news outlet.

The victim, who has not been named, was returning home when the group “with their faces covered, ran and cornered him” and followed him into the building entrance.

They called him a “s**teater” and “disgusting” as they slit his upper lip. The man later reported the incident at a police station in the capital city.

“This is the first assault of this kind we have heard of,” they said.

“The investigation is focusing on CCTV footage and on finding witnesses in order to identify the alleged attackers.”