Blackpool LGBT sailor who quit the Royal Navy due to homosexuality ban is honoured for diversity work. 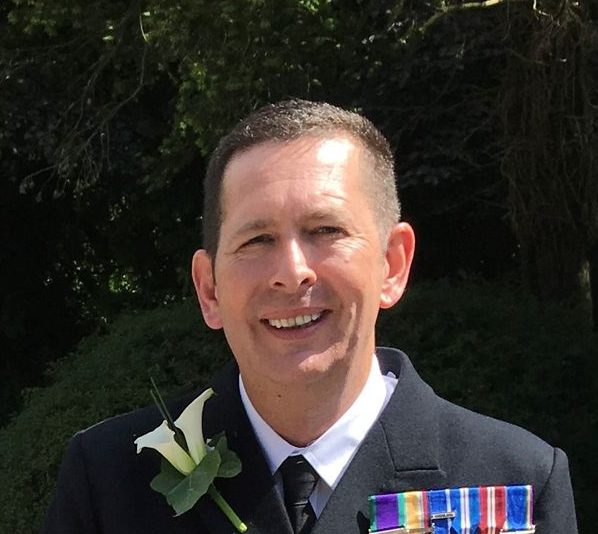 A Blackpool sailor who was bullied early in his career because he identified as LGBT+ has received a prestigious award for promoting equal rights across the British maritime sector.

Second Officer Paul Owen is the first ever recipient of the prestigious Merchant Navy Medal for his efforts in promoting LGBT+ rights across the British Navy.

Along with 15 other mariners, Paul has been rewarded for outstanding service and contribution to the sector, including services for seafarer welfare during the pandemic and safety and security standards and training.

The Merchant Navy Medal celebrates exemplary service and devotion to duty shown by Merchant Navy seafarers while recognising the contribution they continue to make to the country.

Paul has championed minority groups’ rights throughout his career, particularly for women and LGBT+ people.

Inspired by his own personal experiences of bullying and discrimination, Paul helped to establish the first ever Pride in Maritime, part of the Diversity in Maritime Programme for Maritime UK, which is the umbrella body for the maritime sector.

The initiative today is a space for more than 400 members and leads on campaigns to help identify barriers to change across the whole maritime sector and to educate and enable individuals and companies to embrace, empower and support the LGBT+ community.

Despite joining the Royal Navy in 1984 aged 16, Paul told LancsLive he felt obliged to leave in the summer of 1991 owing to a ban on homosexuality.

It saw him re-join the Royal Fleet Auxiliary (RFA), a support arm of the navy, in 1992.

“I thought, I have to be true to myself, so I had to quit the Royal Navy – that was the law at the time,” he said.

“The Royal Navy has come on in leaps and bounds since the ban was lifted, and they have got a fantastic network now.

“It took a good couple of years before I came out in the RFA.”

He said he was “humbled and surprised” to receive the award, adding: “I am deeply humbled and surprised to receive this honour. I have played a small part in the Diversity in Maritime initiative whilst seconded to Maritime UK, but it has broadened my knowledge of the diversity issues faced in the Maritime Sector through involvement in the four aspects of the programme (Ethnicity, Pride, Women and Mental Health).

“Having suffered a degree of bullying early in my career because I identify as LGBT+ I made the conscious decision to offer support to fellow seafarers who were experiencing difficulties because of their sexuality.

PrevPreviousJames Bond’s gay hint moment was almost cut from Skyfall.
NextThe party’s back on! The alt-guide to Pride 2021.Next