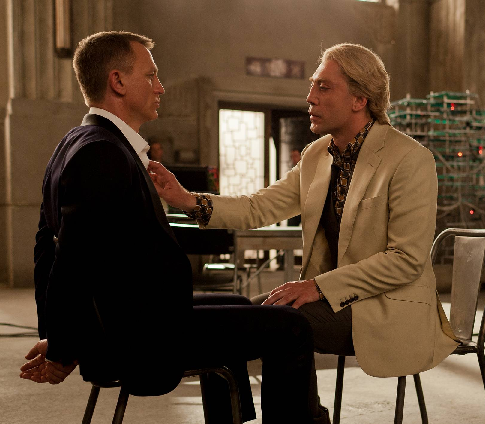 James Bond producer Barbara Broccoli has revealed she had to fight to keep the moment in which 007 hints at having had a gay experience in Skyfall.

The secret agent, played by Daniel Craig has quite the encounter with villain Raoul Silva (Javier Bardem) in the 2012 flick.

After being bound to a chair, Bond is caressed and told by Silva: ‘You’re trying to remember your training now. What’s the regulation to cover this? Well, first time for everything I guess.’

Bond responds: ‘What makes you think this is my first time?’

With the line seeming to imply that the secret agent had gay encounters in the past, producer Barbara revealed: ‘I remember we were told to cut that line by the studio and we said no, no, no. We resisted.’

She added in the new Apple TV documentary Being James Bond that her decision was vindicated by the reaction at the premiere.

PrevPreviousActivists question the meaning of democracy when queer rights are being denied.
NextBlackpool LGBT sailor who quit the Royal Navy due to homosexuality ban is honoured for diversity work.Next