Olympic hero shares his story to inspire queer kids like him. 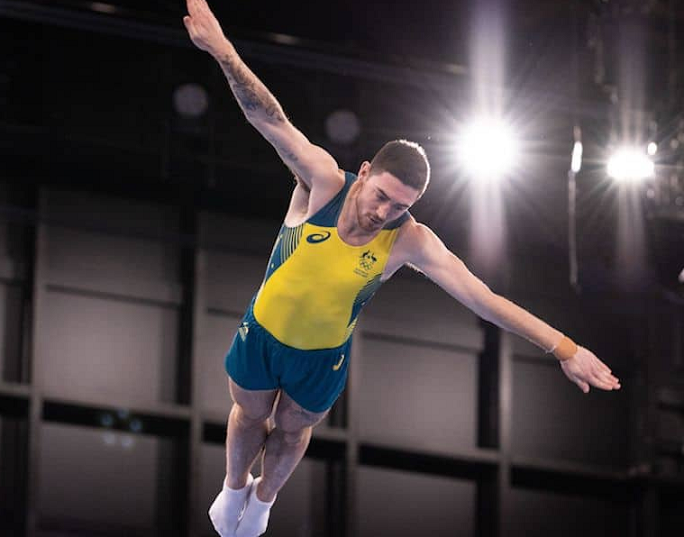 Gay Olympic trampoline gymnast Dominic Clarke has opened up about his struggle to come out as an athlete: “It was isolating and embarrassing.”

The Australian trampoline gymnast competed in his first Olympics in Tokyo this summer as an openly queer athlete, but his journey to get there has been far from smooth.

Writing for Outsports, Clarke said that in Tokyo, after making it through the qualifying round and becoming one of the top gymnasts in the world, he “felt humbled and accepted by all the boys in that room, a feeling that was such a rarity in my competitive career”.

Although he had a “gay old time” at the Olympics, able to be “campy and quirky with the whole world watching”, it hasn’t always been that way.

He explained: “As a walking stereotype, it was to no one’s surprise that I was a flaming human rainbow when I started coming out to people as a teen… Home, training and even school were always safe places for me, and I was lucky to have that, as I know that many others in my queer family didn’t.”

But, “trying to figure out my queer identity at such a young age while being involved in gymnastics was confusing,” Clarke said.

“When you’re a male gymnast, or involved in one of the aligning sports (like dance or figure skating), the questions begin before high school.”

Before he’d even had time to explore his own identity, he was pelted with questions and comments from those around him, like “you’re a gymnast, you must be gay” or “isn’t that for girls?” or “you have to wear a leotard, that’s so gay.”

But defending himself and his sport, he said, meant “lying to myself by repeatedly saying I wasn’t gay”. By the time Clarke finally came out to others at his gym, he felt like he “was constantly perpetuating the stereotype of gymnastics”.