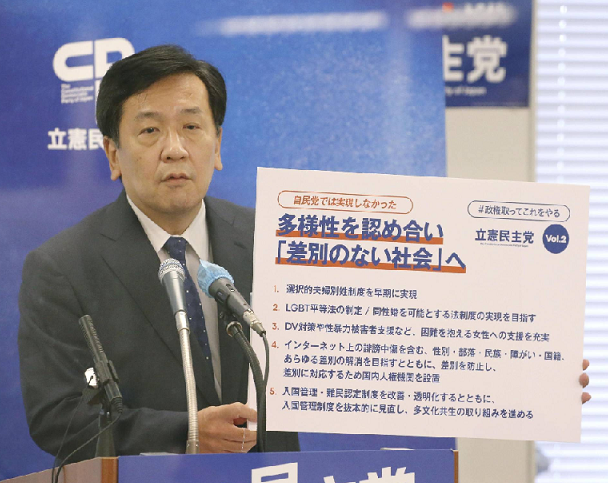 Seeking political relevance, the main opposition party released a second package of campaign planks focused on diversity and human rights that it says will never be implemented with the Liberal Democratic Party in power.

“With majority opinion in the LDP strongly opposed, it will never be able to push through these policies regardless of who becomes the next party leader,” Edano said.

The opposition party is not only preparing for the Lower House election that must be held this autumn, but it also wants to turn some of the media focus away from the LDP presidential race, the winner of which will replace Yoshihide Suga as prime minister.