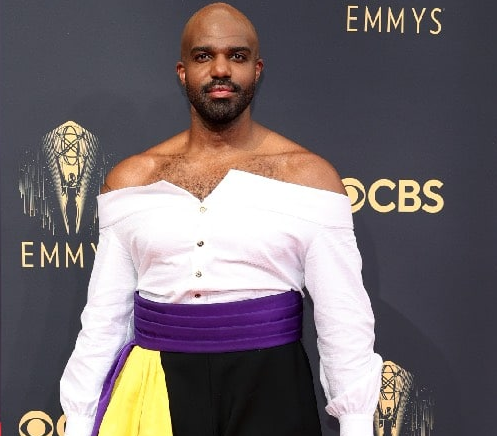 Carl Clemons-Hopkins may not have taken home an Emmy, but they certainly won the night with gorgeous outfit inspired by the non-binary flag.

The Hacks star made history earlier this year when they were nominated for an Emmy for Best Supporting Actor in a Comedy Series. The monumental acclamation secured Clemons-Hopkins’ place in history as the first openly non-binary performer to be nominated in Emmy’s history.

Even though they didn’t take home an Emmy, Clemons-Hopkins stood out from the crowd of luxe gowns and striking tuxedos in their stunning outfit on Sunday (19 September). They proudly strutted down the red carpet parade in a breathtaking black and white Christian Siriano outfit with a Bardot neckline and stand-out sash in yellow and purple.

Sirano confirmed on Instagram that the look was “in support of the non-binary flag” as Clemons-Hopkins “makes history tonight being the first non-binary person to be nominated for Best Supporting Actor at the Emmys”.