Superfine is a welcoming place for LGBTQ+ artists. 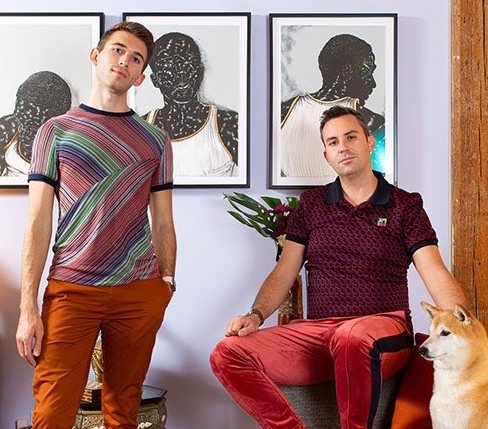 Founders Alex Mitow and James Miille set out to change people’s perception of the art world.

Superfine, the contemporary art fair that prides itself on its outsized representation of LGBTQ+ artists, artists of color, and other traditionally underrepresented groups, will bring its totally different model to New York September 30 – October 3 for its biggest show yet.

Founders Alex Mitow and James Miille (pictured) set out to change people’s perception of the art world, an industry that’s historically tried to keep certain customers out. “When we looked at the art world as gay men in our 20s and 30s, we were excluded. We built Superfine to be a welcoming space where people who loved art as much as we did could collect it without barriers,” says Mitow. Forgoing the standard stuffiness found at typical fairs, “we’re bringing what we do best to the middle of Midtown for the first ever triple feature art fair,” adds Mitow. The ‘woke’ exhibition has generated over $9 million in sales at annual fairs from N.Y. to L.A., D.C., and San Francisco since launching at Art Basel in 2015.