Russia could soon ban “LGBTQ ideology” for being an “extremist” movement. 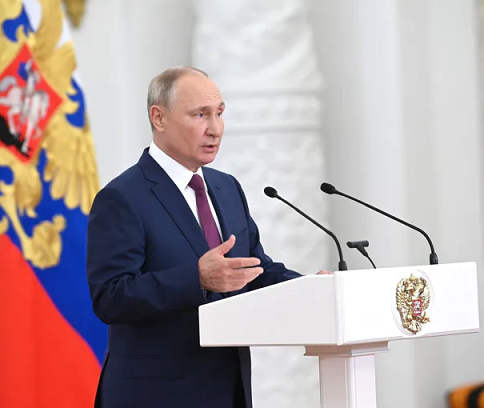 “Extremist” designations have been used to ban groups such as the Jehovah’s Witnesses to anything associated with opposition leader Alexei Navalny.

State media in Russia reports that the Russian government is considering a ban on anything associated with the LGBTQ movement along with other “extremist” ideological groups rising in the country. The Moscow Times reports that the potential ban would include “radical feminist and child-free groups” as well.

The suggestion comes as the country continues to crackdown on pro-equality organizers. This week, three organizations and 22 people were labelled “foreign agents” by the Russian Ministry of Justice, including the Ivanovo Oblast-based Center for Gender Studies, a founding member of Pussy Riot, and a publication created by the punk performance group, Mediazona.

“LGBT ideology, radical feminism and child-free movements should be recognized as extremism — an extremist ideology,” Andrei Tsyganov, a chairman of a commission under the Roskomnadzor, the agency charged with regulating content aired in Russian markets, said.

Tsyganov believes this should be done in the name of protecting youth in Russia from such “extreme” content online or on social media.

The “extremist” designation in Russia has been used by the country to ban any organizations or content associated with the Jehovah’s Witnesses, the National Democracy Institute, the National Endowment of Democracy, and, most recently, groups associated with Russian opposition leader Alexei Navalny, who is currently imprisoned and viewed as Amnesty International as a prisoner of conscience.