Your favorite calendar full of hot nude gingers is back. 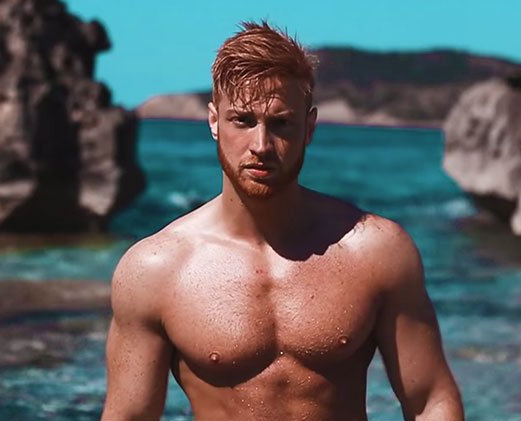 Twelve of Europe’s hottest redheads have come together once again to show off what they’ve got and prove to the world that gingers are sexy. Here’s the new 2020 Red Hot Calendar.

The calendar originated in 2013 when fashion photographer Thomas Knights decided that he wanted to show off how hot redheads can be by shooting portraits of some of the hottest gingers he could find. Knights himself has red hair and wanted to make sure that others like him are proud to be who they are.

“What was once the thing you liked the least about yourself growing up, becomes the main part of your identity; it becomes your calling card,” he said in a statement. “You end up loving being different, standing out and getting noticed.”

Over the years, the calendar became an annual tradition, a book Red Hot 100, and even an art exhibition that traveled to New York, Sydney and Amsterdam. More than 60,000 pounds have been raised for anti-bullying charities and other causes as a result.

This year’s Red Hot European Boys calendar features 12 sizzling hot redheads from Spain, France, Scotland, Denmark, The Netherlands, and Italy. Some of the images feature nudity, and all of them feature super freaking hot red-headed hunks. This year the proceeds from the calendar are going to the Terrence Higgins Trust, a U.K. sexual health charity, that’s notably teaming up with Gareth Thomas and Prince Harry to fight stigma surrounding HIV.

If the European Boys are too tame for you, there’s also a second calendar this year titled Red Hot C*cks, and you guessed it, is loaded with full-frontal redhead nudity. That calendar is raising money for a testicular cancer charity.

Looking at jaw-droppingly hot redheads is something I’ll do any day, and if it can raise money for a good cause, that’s even better.

You can buy the calendars, as well as the book, posters and even Red Hot underwear at the project’s website.