Kenya banned this gay documentary – it will now stream across Africa. 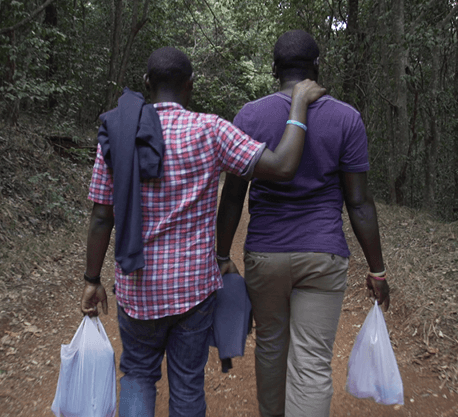 The Kenyan documentary about the life of a gay man navigating life in the conservative country I am Samuel was banned in Kenya in late September.

While the documentary has been banned in the East African country, the film will be available to watch online across Africa starting October 14.

The Kenya Film Classification Board said they banned the film due to the film’s support of LGBTQ+ people and positive representation of same-sex marriage, “the film blatantly violates Article 165 of the Penal Code that outlaws homosexuality…” as well as “Article 45 of the Kenyan constitution, which recognizes the family as the basic unit of society and defines marriage as between two persons of the opposite gender.”

The board added that the film is “an affront to our culture and identity.” It warned that those who attempted to show the film would be met with harsh penalties.

Kenyan law criminalizes homosexuality. If convicted, individuals can face up to 14 years in prison.

Director Pete Murimi and producer Toni Kamau tell The Advocate that while there have been precedents for such a ban on LGBTQ+ films, they initially believed the decision on I Am Samuel would be different because it was a documentary.

“It’s not fictional — this is a sampled, day to day experience [of a ] Kenyan. He’s Christian. He’s queer.” Kamau says. “We felt it was important that he was able to share his truth and lived experience.”

Murimi and Kamau say they learned of the ban an hour after a press conference announcing it. They plan to appeal the decision. They also will make the film available to screen on Afri Docs for those living on the continent.

“This is a divisive issue — not everybody’s in the same place,” says Murimi. To him, a significant concern is the censorship of the film. To stop a dialogue from happening, he says, is bad. “In this sense, it’s treating some Kenyans as equal, like some are more equal than others, and that is wrong.”