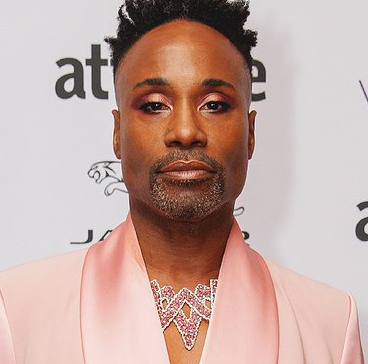 Billy Porter has proudly declared that he is what being HIV-positive in 2021 looks like, as well as delivering a rallying call to arms, reminding us all that “It’s we, the people, who have the f***ing power!”

In a rousing speech given while collecting the Attitude Man of the Year Award, supported by Virgin Atlantic, at Wednesday night’s (6 October) Virgin Atlantic Attitude Awards, powered by Jaguar, the 52-year-old Pose actor recounted his experiences growing up.

Everyone in attendance at the event at the Roundhouse in Camden was on their feet and greeted Porter’s emotional speech with rapturous applause.

Attitude’s Man of the Year – who insists he will never “shut up” in the Attitude Awards issue – began his speech by recounting a story of his family taking him to see a psychologist when he was five years old because “something was wrong” with him.

“But I want to let you know something. Today, tonight, being in this room with all of you reminds me that it’s we, the people, who have the f***ing power!” which brought he first of several tremendous rounds of applause.

He continued: “I’m so glad that y’all got y’all shots so you could come to this tonight so we can get energised, and we can get back out in the f****** streets!