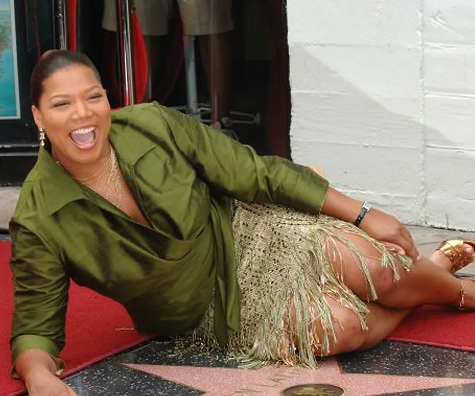 If you were one of the scores of young gay kids who made it a point to stop everything they were doing whenever “Set It Off” showed up on TV, you probably don’t need anyone to tell you just how much actor, singer, and producer Queen Latifah has meant—and continues to mean—to the queer community.

Latifah first rose to stardom with her rap album Hail to the Queen in 1989. She followed up with her albums Black Reign and Order in the Court, and tried her hand at acting. Roles in Sphere, Jungle Fever and Set It Off showed off her big-screen charisma, though Latifah hit a new level of fame in 2002 with Chicago. She nabbed an Oscar nomination for her performance, and became a bona fide star, later appearing in such vehicles as Bringing Down the House, Beauty Shop and Taxi. She also nabbed an Emmy nomination for her work as lesbian blues artist Bessie Smith in Bessie.

Coming Out: But even though Latifah spent decades in the closet, she’s also spent years in a loving, private relationship with her partner, Eboni Nichols, whom she publicly thanked at this year’s BET awards. She also shouted out her and Nichols’ young son Rebel for the first time publicaly.

The speech acted as a de facto coming-out for the actress, who has been silent on the subject of sexuality ever since her groundbreaking performance as Cleo Sims in 1996 caused rumors to swirl. To be fair, they were probably swirling long before that: but when Latifah took on the role of an out-lesbian in a Thelma-and-Louise style heist film, she knew exactly what she was doing.

In a 2017 interview with InStyle, Latifah explained to interview and fellow icon Tracee Ellis-Ross that she sat down with her family before taking the part. “I sat down with my younger siblings and told them, ‘Listen, I’m playing a gay character. Your classmates might tease you or say negative things about it,’ ” she explained. “But I’m doing it because I believe I can bring positive attention to the gay African-American community, and I believe that I can do a great job as an actor.’ They understood, and when those things inevitably happened in school, they were OK with it.”

Chosen Family:  From behind the scenes, Latifah embraced queer representation. But in public, when pressed about her sexuality, she remained private. Back in 2008, when queer rumors surrounding a star were enough to put their career on hold, she refused to answer questions about her personal life for a New York Times profile interview.

When Latifah thanked her queer family at the BET Awards, it gave fans the confirmation we were craving all along. Now, not only does Queen Latifah have the career and success she deserves, she doesn’t have to hide her family away from the fans that have always loved her and seen her for who she really is: a trailblazer, a queer woman, and a talent the world won’t ever forget.