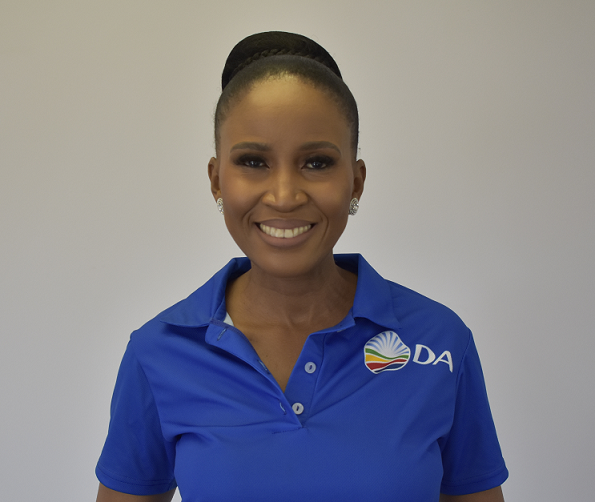 When I received a call from the Head of Dr Mpho Phalatse’s Democratic Alliance Mayoral Campaign team asking me to run social media for the campaign, I was honoured to be considered, but knew very little about Mpho or what she stands for.

What I did know about her was that during her tenure as MMC for Health and Social Development she had really impacted the lives of many Joburg Residents by extending the opening hours of 27 clinics and opened six new clinics and what really stood out for me was the five substance abuse clinics she and her team had opened for vulnerable residents. What I did not know about her was the depth of her caring for the vulnerable in our communities nor the firm resolve and more importantly the plan of action she has in place to fix what is broken in Johannesburg.

Born in Hebron, a village close to Ga-rankuwa to parents who were both educators, she stayed with her grandmother whilst her parents worked in nearby Mabopane. As educators her parents instilled in her the twin ethics of hard work and excellence in all she does, traits that have followed her to adulthood. After achieving academic and sporting excellence during her school career, Mpho matriculated in 1994, and subsequently secured admission to the University of Witwatersrand (Wits) to study Chemical Engineering in 1995.

However, after much self-reflection and a desire to focus on a career that was more people orientated, during her second years at Wits, Mpho started her journey towards becoming a Doctor at the Sefako Makgatho University and MEDUNSA.

In 2005, Mpho became qualified as a Medical Doctor and started an internship at Tembisa Hospital. During her community service year in Hammanskraal, Mpho enrolled for project Management Studies through Cranefield College and now holds an Advanced Diploma and Postgraduate Diploma in Project Management and Programme Management.

Mpho spent the next six years of her career exploring service delivery models in different contexts such as mining houses, and proceeded to register her own company, rendering disability consulting services to SASSA in both Gauteng and the North-West.

Seeing abject poverty in underdeveloped villages in the North-West drove Mpho to return to Gauteng to acquire further skills, registering for an MMed in Public Health Medicine at Wits University in 2011, a move which would see her settling in the City of Johannesburg.

Mpho went on to work as a Casualty Officer at the Alexandra Community Health Centre, and as a Sexual Assault Care Practitioner at the Far East Rand Hospital in Springs, while also serving on the Professional Conduct Committee of the Health Professions Council of South Africa. In the week that she was appointed MMC Health and Social Development, she was also appointed as a Medical Advisor in the Compensation Commission, an appointment which she had to turn down to serve the people of Johannesburg.

Mpho’s move to politics came at the Alex Clinic where the living conditions of the community translated into ongoing public health challenges in a vicious cycle which required principled government leadership.

Mpho went on become a DA PR Councillor in Johannesburg with the aim of contributing towards the repair and restoration of Alex Township with the intention of re-establishing her business, but subsequently gave it all up when she was asked to serve as the MMC for Health and Social Development.

Given the above it is clear that Mpho has the abilities to run a mega city like Johannesburg, but it was only on meeting her that I truly came to understand the breadth of the vision that she has for Johannesburg.

After agreeing to join her campaign a mutual friend MPL Nico De Jager invited us both to dinner to get to know each other. What struck me when she walked in was her innate poise and dignity and no-nonsense air. The second thing that struck me was her incredible warmth and the twinkle in her eye which was borne out by her incredible sense of humour that bubbled to the fore throughout the evening. By the end of the evening I felt as if I had gained a new friend and a formidable colleague.

Shortly thereafter we sat together and she laid out her plans for the city and how we as the DA are going to bring the shine back to the City of Gold.

As we started getting down to the nitty gritty Mpho said to me, “Chris we all know that  Johannesburg is broken, but we can fix it”  she went on to say “5 years ago, I was a part of a team of good governance that started building a solid, concrete foundation to build a beautiful home.”  It was her use of the word “home” that really sums up her vision for Johannesburg, a home for all who live in her. I countered by saying, we are all so used to politicians making huge statements about how they will make our lives better if we vote for them, so I challenged her by asking the hard question – how are you going to do that?

She looked at me very directly and answered “By getting basic service delivery back – we cannot talk or dream about being a world class city, without getting the basics fixed first.” . I needed to push her further and asked her what she means, and she said to me the rot and decay has permeated through all levels of local government, and when she is Mayor, she will tackle the problems from the ground up, really identifying the most pressing issues that are making our city so difficult to live in and by holding the right people accountable to do their jobs, and by getting every one of the 33000 city employees to realise that by taking pride in their work and working as a team we can fix the city. ”In order to be a credible contender in this election, I need to acknowledge and speak to the reality that many residents face daily, the fact that the most basic services are not reaching them. But we also have to acknowledge that whilst some of our residents experience a shortage of one service, others are experiencing a shortage or the non-existence of many basic services.” To me she clearly has identified that we are a city of very diverse communities and with a historical backlog of a basic access to services for some, whilst other parts of our city are experiencing the services that they have always had now being eroded and falling away.

Another aspect of Mpho’s character that impressed me was her use of the concept throughout that we need teamwork to fix the city, not promises and pie in the sky unworkable solutions, but teamwork backed by hard work and determination to fix what is broken, by making sure that we have qualified, capable and customer friendly City Officials ready to serve the residents. Her administration will stop the scourge of corruption, patronage, and wasteful expenditure by ensuring proper administration of city-owned entities like City Power, Johannesburg Water, and the Johannesburg Roads Agency, mainly brought about by weak contracts and maladministration. Mpho went on to list some of the most pressing issues which under her administration will be sorted out in order to make Johannesburg the home it should be for all residents. From fixing potholes in 72 hours, to water leaks repaired in 24 hours. A reduction in power outages, and billing queries (an ongoing and major problem) resolved in seven days. Fair rebates on services for vulnerable residents. Fire stations with a full complement of engines and equipment and a dedicated Anti-Land invasion Unit. All of these things are possible to achieve very quickly with a strong person in control. Run by an administration that has achieved remarkable results where they have governed before, a shining example of which being Midvaal – a pristinely run municipality with clean audits and most importantly, a hub of economic investment, something which as a team Mpho believes Johannesburg can be once again.

A little while later, an aspirant Councillor candidate Johannes Goosen asked Mpho what her stance is on assisting the LGBTQIA+ community in Johannesburg, especially those people who are vulnerable to violence and homelessness. Mpho responded immediately that she would create a desk in the Office of the Mayor to deal with community issues and look at creating safe housing for at risk members of the community. She went on to say the DA run city of Tshwane has managed to implement a similar programme and we need to follow suit. This problem-solving attitude really made me think that she is the right person for the job.

I was left feeling that this single mother of three beautiful children, has the guts and ability to really take on the challenge of being Executive Mayor of the premier city in Africa, but as she said in her forthright way “there is a long way to go before I am Mayor, and it starts with the residents voting me in!”

As a resident and as a voter, I ask you to really consider using your vote on the 1st November to make the change to a better government, and in conclusion as has been said before, the DA is not perfect, but we do things better.