This fearsome, ancient army was made up entirely of gay lovers and endorsed by Plato 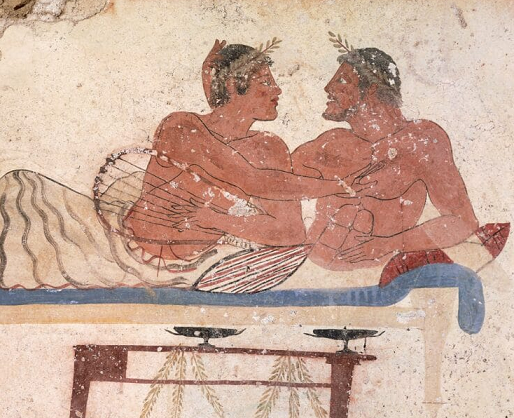 In the fourth century BC, a fearsome army named the Sacred Band of Thebes was formed, and it was made up entirely of gay couples.

Lawmakers in countries across the world have been banning LGBT+ people from their militaries for more than a century, from America’s “Don’t Ask, Don’t Tell” and trans military ban, to the UK’s ban on LGBT+ people in the armed forces, which was only lifted in 2000.

While the US insisted during the era of “Don’t Ask, Don’t Tell” that LGBT+ service members “would create an unacceptable risk to the high standards of morale, good order, discipline and unit cohesion that are the essence of military capability”, history tells a very different story.

The Sacred Band of Thebes was formed in Ancient Greece by a general named Gorgidas in 378 BC.

In forming the 300-strong army, Gorgidas took an unusual approach; he personally chose each member based on merit and ability, rather than social status, and only selected gay couples.

What at first seems like a strange decision makes perfect sense when explained by Plato.

In Plato’s Symposium, written just a few years after the formation of the Sacred Band of Thebes, he said: “And if there were only some way of contriving that a state or an army should be made up of lovers and their beloved, they would be the very best governors of their own city, abstaining from all dishonour, and emulating one another in honour; and when fighting at each other’s side, although a mere handful, they would overcome the world.

“For what lover would not choose rather to be seen by all mankind than by his beloved, either when abandoning his post or throwing away his arms? He would be ready to die a thousand deaths rather than endure this.

“Or who would desert his beloved or fail him in the hour of danger?”

And Plato was right.

The Sacred Band of Thebes became a fearsome army, tirelessly training to prepare themselves for battle at any minute, including through wrestling and dance.

They won multiple battles, even taking down the Spartan army, despite being vastly outnumbered.

The couples were each made up of a “lover”, who was older and more experienced, and a “beloved”, who was younger.

The ages of the soldiers were never recorded, but James DeVoto, in his book The Sacred Band, suggests that by comparing them to other armies at the time, it is likely they joined at around 20 to 21 years old, and retired by 30.

The word “sacred” in the name of the army is thought to reference a sacred vow that the couples made to one another.