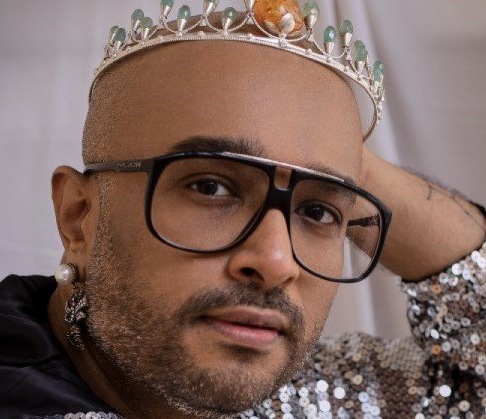 Faraz Arif Ansari has a deeply personal relationship with food. After the queer nonbinary filmmaker’s boyfriend died in a “freak accident,” they came out to their mother, who, “overwhelmed,” responded by severing communication for over six months, Ansari recounts.

But when Ansari turned 21, their mother cooked their favorite meal — “her way of extending the olive branch,” Ansari says. In another tasteful gesture of affection, the late boyfriend’s mother baked Ansari her son’s favorite cherry pie, which “we cherished as we went over all of [the] memories.”

Food is “a language of love,” asserts Ansari, who uses this dialect to powerful effect in Sheer Qorma, their new short about a nonbinary person, Saira (Divya Dutta), who brings home their partner, Sitara (Swara Bhaskar), to their religious Indian mother, Ammi (Shabana Azmi), for the first time. In it, the unwillingness to serve a meal and the subsequent gift of a favorite dessert (sheer qorma, a traditional Muslim pudding) signify rejection and then acceptance of LGBTQ+ family members.

In addition to being a groundbreaking production, Sheer Qorma is part of Ansari’s journey of acceptance with their mother. The film is dedicated to her, and in fact, Ansari’s mom prepared the sheer qorma seen in the production.

PrevPreviousThis fearsome, ancient army was made up entirely of gay lovers and endorsed by Plato
Next“Eternals” Actor Speaks Out About The First Gay Superhero In The MCUNext