Texas Gov. Greg Abbott vowed to target transgender kids “every single session that we have.” 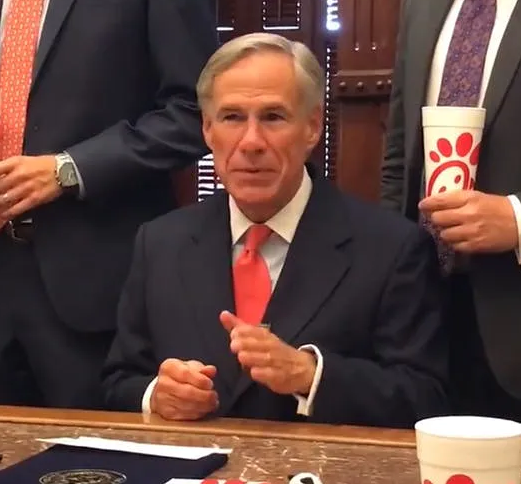 Texas Gov. Greg Abbott (R) signed a new law forbidding students from competing on school sports teams that match their gender identity. Instead, the gender listed on their birth certificate will be the sole arbiter of what team they are allowed to join.

Abbott, one of the most vociferously anti-LGBTQ governors in the nation, promised donors earlier this week that he will promote legislation attacking transgender children “every single session that we have.”

The bill is set to go into effect in January, but no enforcement mechanism has been put in place. A similar law in West Virginia has been temporarily blocked by a federal judge.

Texas is now the tenth state to pass laws targeting transgender student-athletes this year. Legislators have introduced over 40 bills targeting the children; this is the first to pass and be signed into law.

The results of lawmakers’ attacks on children couldn’t be more clear or predictable.  As the state legislator has debated the bills through multiple sessions, making vile comments about the kids, suicide and depression rates have skyrocketed.

A pansexual student and their friends were sprayed with holy water during lunch by another student. A transgender middle school student has tried to take their own life after hearing legislators continually debate their worth.

Of the 10,800 crisis contacts (calls, texts, and chats) that had come into The Trevor Project, a suicide prevention hotline for LGBTQ youth, from Texas by September, 3,900 came from trans and non-binary youth. That’s roughly 36 percent of the state’s total crisis calls.

“Transgender and non-binary youth are already at higher risk for poor mental health and suicide because of bullying, discrimination, and rejection. This misguided legislation will only make matters worse,” Amit Paley, CEO of The Trevor Project, said.

Earlier this month, the Texas Department of Family and Protective Services (DFPS) quietly removed information intended to help prevent LGBTQ youth suicide from one of its websites after Abbott was criticized by a primary opponent for “promoting transgender sexual policies to Texas youth.”

Ricardo Martinez, the CEO of Equality Texas, emphasized that supporting the children is the first priority at this point.

“We are devastated at the passage of this bill. Despite the powerful testimony of trans kids and adults, families and advocates, and the many emails and calls our community placed to the Governor’s office to veto this harmful piece of legislation it is now law,” he said. “Most immediately, our focus is our community and integrating concepts of healing justice to provide advocates who have already been harmed by this bill with spaces to refill their cup and unpack the acute trauma caused by these legislative sessions.”