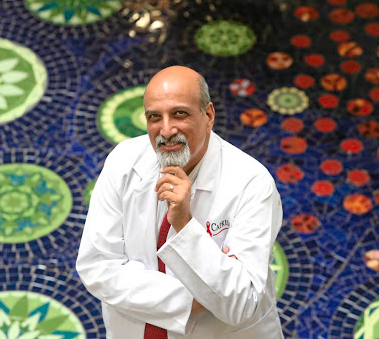 The period between waves in SA ranges from 94 to 99 days, with high-risk events having little impact on this.

SA scientists are puzzled about why high rates of Covid-19 transmission occur in waves three months apart, with apparently risky behaviour between them having little effect on case numbers.

“We have seen that the SARS-CoV-2 epidemic occurs in waves, even when high-risk events occur during low transmission,” said infectious diseases expert Prof Salim Abdool Karim, who noted that the period between waves in SA ranged from 94 to 99 days.

However, Covid-19 transmission between waves remained “very low”, regardless of viral variants or immunity levels in communities.

“Community immunity levels differed markedly at the end of the first, second and third waves, but all have led to interwave quiescent [inactive] periods,” Abdool Karim said.

“It seems to take a major superspreading event to change this interwave low transmission to high transmission within the three-month interwave period, as we saw with religious festivals in India.”

Smaller increases in risk, however, did not have a large effect on the interwave period, though the looting in KwaZulu-Natal in July did cause the downward reduction in case numbers to slow shortly afterwards.

Karim, who holds posts at the University of KwaZulu-Natal (KZN), as well as the US’s Cornell, Harvard and Columbia universities, and who has just been elected to the International Science Council, said there was no scientifically evident answer to the question.

“After the first wave, we had low levels of natural immunity, and the Beta variant could break through natural immunity anyway, yet it did not cause the second wave until after the three-month interwave period.”

This suggested it was not a simple matter of herd immunity, but a more complex set of biological and behavioural factors involving community immunity, the presence of new variants and population behaviour.