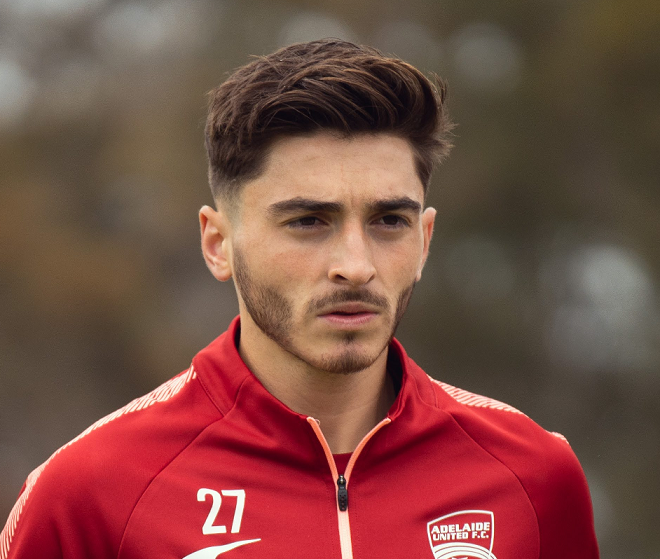 Coming out as a gay male professional footballer is arguably the last taboo in the world’s most popular sport.

To date, it is estimated there are only 13 players to publicly come out – almost all after their playing days had ended.

Today, Josh Cavallo of Adelaide United has decided to speak his truth and become the first (and, so far, as we are aware, the only) current male professional player to break that taboo. Here is his story – as told to Simon Hill.

It begins at the back end of last season, a campaign in which Josh had excelled with the Reds…

“After participating in a successful season in the red shirt, signing a new long-term deal and receiving the rising star award, football was an exciting time for me. Something I’ve always dreamt about was starting to become a reality.

I remember coming back from the Awards Night and my phone was blowing up – there was lots of positivity happening in my life. But when I got home, I just felt numb. I had no emotions. My life was great, but it wasn’t a life where I got to be my authentic self.

Instead of celebrating, I sat in my bed crying that night. Having to constantly lie to the people I cared about wasn’t the way I wanted to live the rest of my life. My double life started to have a huge influence on my mental health. Although the football was amazing, I still wasn’t happy.

Adelaide United had become like another family to me. From the day I first got there my coaches became somewhat fatherly figures, and my team-mates became like my brothers.

But my whole career I had tried to distance myself, to swerve conversations, in order to avoid getting caught out. It’s the normal locker room talk – who are you seeing? Who is the lucky girl? I had to learn to live a life of lies. To live that double life and lie to your brothers is horrible. It’s something I don’t want anyone to experience.