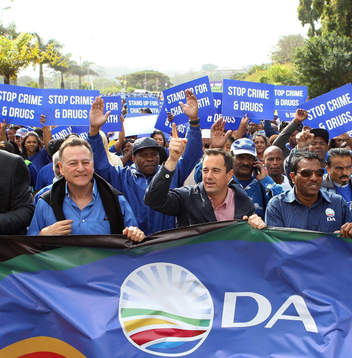 Steenhuisen announced the victory at the IEC’s Command Centre in Pretoria, telling reporters the party had obtained the most seats in the council.

He also took to Twitter to congratulate members of the DA who had worked to retain the municipality. “Congratulations to our team in Kouga Municipality, Eastern Cape.

“The DA retains the municipality, giving us an opportunity of five more years to deliver basic services and build a growing local economy,” said Steenhuisen.

“My team have given me the excellent news that we have won Kouga Municipality in the Eastern Cape.

“It’s obviously a very important municipality for us, as you know from the most recent data that’s come out, it is the most well-run municipality in the Eastern Cape,” Steenhuisen said.