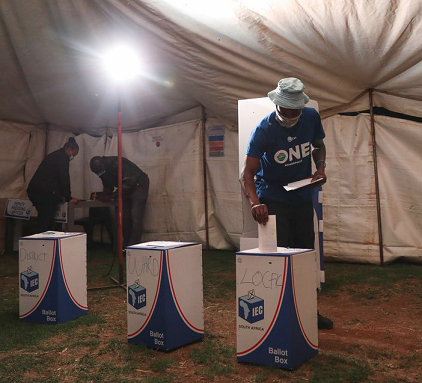 Early results from South Africa’s local elections on Tuesday gave the ruling African National Congress (ANC) 46% of the vote, with results in from just over a quarter of polling stations nationwide.

The electoral commission said it expected 90% of results to be finalised by Tuesday evening, in a poll widely seen as a referendum on the ANC’s 27-year stint in charge of Africa’s most industrialised nation.

It added that results from 27% of the country’s 23,000 polling stations had been completed from Monday’s municipal election.

The legacy party of Nelson Mandela has faced a backlash over poor service delivery. Analysts say its share of the vote could fall below half for the first time since it ended white minority rule in 1994 — although there has been scant reliable political polling, and too few votes are counted for a clear indication.