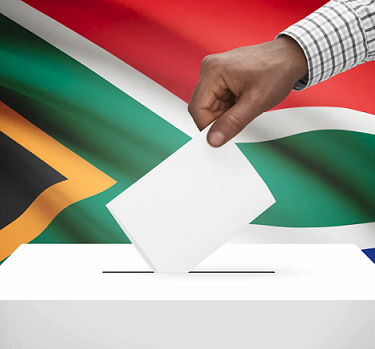 For the first time ever, the ANC’s share of the vote has sunk below 50 percent. With this last week’s local government election is the long-awaited game changer in South African politics.

The ANC’s plummet at the polls has to raise at least a chance that after the next general election in 2024, a national coalition government will emerge. After all, our system of proportional representation, in which parties get seats reflecting their share of the vote, inherently favours small parties and hence is likely to result in coalition governments.

What does the prospect of further erosion of ANC support and a coalition government in 2024 mean, for chances of structural reform and growth?

An ANC-EFF coalition would probably result in a doubling down on radical economic transformation policies, but that is not the only scenario for a government after the 2024 election.

Despite declarations of intent, reform has stalled under President Cyril Rampahosa. Structural reforms are the big changes required to boost growth, like dealing with the massive budget deficit and growing debt, changing the labour laws to make them more jobs-friendly, and turning around or selling off the public enterprises.

The experience of post-1994 coalitions, all at municipal level, has been poor. They have often been unstable, and the coalitions were often a route to sharing the spoils of office and remaining in power. With the number of hung municipalities rising from 26 in 2016 to 66 in 2021, coalition politics could be a path to further municipal decay, rather than renewal, in many cases. The attractions of power and contracts might prove too much for many of the parties that lead councils. But where coalition partners are ideologically aligned in wanting to improve services, they will prove their worth.

The ANC must be in deep thought about how to play the new game in the run-up to 2024. Dealing with load shedding should be top of their agenda to restore support. But more likely, the party will be thinking about how to avoid reforms and push through a populist agenda.

The Medium-Term Budget Policy Statement (MTBPS) to be delivered by Finance Minister Enoch Godongwana tomorrow will give one sign whether the ANC will go the populist route to buy votes. But there is no scope for this. Above all this government has to try and prevent a further drop in its credit rating to ensure its cost of borrowing does not further rise. The Treasury is unlikely to bow to populist pressures within government, but these are bound to increase in the lead-up to 2024.

Even with the upward revision of GDP and the windfall in tax revenue from higher commodity prices, the government has no space for a basic income grant or much more temporary relief. Any lean toward populism in the budget will be heavily punished by the markets.