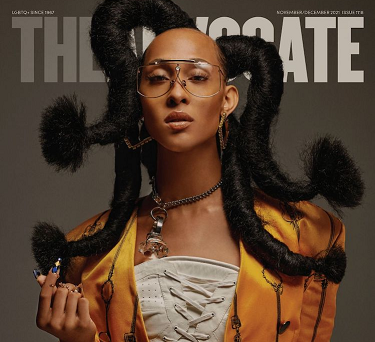 If 2021 was the year of Mj Rodriguez, it’s about to be the era of Michaela Jaé.

The actress, singer, and Emmy-nominated star of Pose recently began going by her full name, Michaela Jaé Rodriguez, and the change is more than superficial. She says it’s about introducing the world to her full and true self. And the world is about to learn because she’s taking over.

In a year of amazing TV performances (The Crown, Mare of Easttown, Hacks), Rodriguez stood above her peers. Not only did she deliver one of the most moving and powerful performances of the last decade as Blanca Evangelista in the final season of the groundbreaking drama Pose, but she personally broke ground when she became the first out trans person nominated for an Emmy in a lead acting category. Blanca was her first major role, but Rodriguez, now 30, already felt at home at the Emmys. “When I got there and stepped foot on the red carpet, I felt like I was finally in a place that I needed to be,” she says. “I felt like I was in demand, and it didn’t matter if I had won or I didn’t. I had already won by being there.” To many, Rodriguez not winning the Emmy felt like a snub, but she has a different take.

Soon everyone will know Rodriguez’s contributions. After she changed the game for trans actors with Pose, she’s now ready to take it over.

PrevPreviousWhat the ANC below 50 percent and coalition politics mean for reform
NextThe Coalition Dilemma: How not to re-empower a wounded ANC – Dr Piet CroucampNext