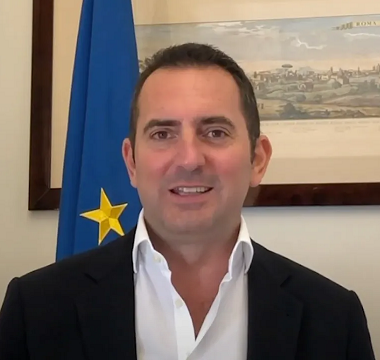 Prominent Italian politician, Vincenzo Spadafora, has come out as gay on a popular late-night talk show, reports NY Daily News. The 47-year-old said that he felt as though he had, “more responsibility,” as a public figure to be open about his private life.

Spadafora appeared on a live episode of Che Tempo Che Fa (What The Weather Is Like), to promote his upcoming book, Senza Riserve: In Politica e Nella Vita (No Reservations: In Politics and in Life). He said that he decided to come out for himself, saying, “I learned perhaps too late that it is important to love and respect each other.”

He also said that his decision to come out was to show that although practicing as a devout Catholic, that his sexuality was not in contradiction with his faith.

PrevPreviousPriest gets life in prison after being convicted for sexually abusing boys. He’s still a priest.
NextLGBTQ Institute in Germany Was Burned Down by NazisNext