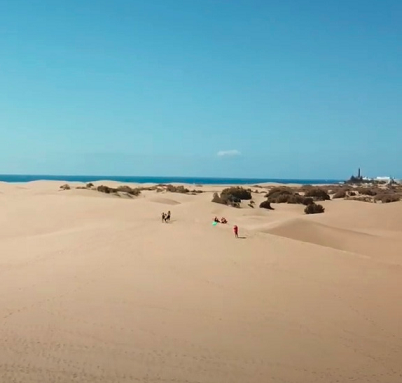 A research paper on Gran Canaria tourism titled Sand, Sun, Sea & Sex with Strangers, describes the damaging impact of cruising on the coastal reserve. The Dunes of Maspalomas are a popular attraction of the famously gay-friendly tourist destination.

A study of almost 300 spots used for sex among the Dunes of Maspalomas revealed environmental damage from tourists trampling the vegetation and also dumping rubbish. Among the detritus: cigarette butts, condoms, toilet paper, wipes and cans.

“The impact of these visitors is, unfortunately, large and growing. We found around 5,800 square metres of the dunes has been totally altered by people seeking sex.”

There was also evidence of tourists using the Dunes of Maspalomas as a toilet.

Up to 14 million tourists visit Gran Canaria annually with the majority coming from the US, UK and northern Europe. The report authors noted that about 15% of visitors stay at the island’s gay beach resorts. Stressing that they had no intention of criticising members of the LGBTI community, the authors mentioned that ‘heterosexual swingers’ also have sex in the dunes.

The researchers studied the Dunes of Maspalomas during May 2018, coinciding with the local Pride festival. Maspalomas Pride 2022 is scheduled for 5 – 15 May 2022.