Why this Australian wants to launch the World Gay Boxing Championships 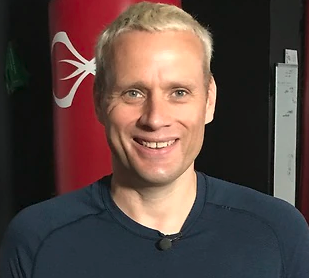 Boxing has long had the stereotype of being a rough, macho and abrasive sport. But for members of the LGBTIQ+ community such as Martin Stark, it’s something that has the potential to be for everyone, regardless of sexuality or gender identity.

t’s not a surprise that Martin Stark has the innate spirit of a fighter.

He’s deft on his feet with the gloves on as he spars with his trainer at the Fit Fighters club in Sydney’s Bondi Junction.

But the openly gay amateur boxer’s biggest fight has been out of the ring, in intensive care wards.

Following a four-month hospital stay in 2006, he had another near-death experience at the end of 2017, which left him traumatised.

But the ordeal also led to him picking up the gloves for the first time in 2018.

“As a way of really combating the post-traumatic stress disorder, I had a few self-defence classes. The second class just happened to be boxing,” he said.

Having once viewed it as “barbaric”, Stark now credits the sport with helping his physical and mental recovery.

But as a gay man, it’s the affirming community around the sport that’s really helped inspire him.

“I think there’s a lot of focus on the elite sport, the professional sport. But really sport is about that grassroots community amateur level, and I say boxing is absolutely thriving and we have people passionate to want to get involved in the sport and make a difference.”

Stark had aspirations to compete at the next Gay Games, scheduled to be held in Hong Kong in 2023, but was left disappointed when boxing was dropped from the lineup.

So he instead began work planning the World Gay Boxing Championships, a tournament designed to showcase the sport as welcoming to all genders and sexualities, with the aim of growing its popularity in the LGBTIQ+ community.

“What I want to do is just show that LGBTIQ+ people and their allies belong in the ring and can be world boxing champions, can be Olympic champions, and can be involved in the sport which I love,” Stark said.