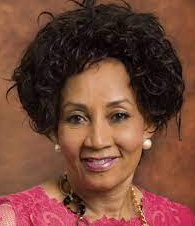 Oral replies by the Minister of Tourism, Lindiwe Sisulu to questions posed by the DA in Parliament this week reveals that the Minister has little interest in fighting for the tourism sector.

Oral replies by the Minister of Tourism, Lindiwe Sisulu to questions posed by the DA in Parliament this week reveals that the Minister has little interest in fighting for the tourism sector.

The DA questioned Sisulu about the greatest barriers to reinvigorating tourism which are the ongoing State of Disaster and senseless curfews. In the Minister’s response she explained that she is subservient to the National Coronavirus Command Council. She displayed no interest or desire to work and fight for the tourism sector and its interests.

The curfews and State of Disaster forces the tourism sector and its various sub-sectors to operate in limited hours causing much economic hardships for businesses and the economy.

This is particular concerning considering that the World Travel and Tourism Council indicates that at least 470 000 tourism and travel sector jobs have been lost, contributing an astronomical decline of R181 billion to our economy. StatsSA also reports that the overall number of arrivals and departures of tourists has decreased by an sky-high 71% with little signs of improvement in the foreseeable future.

Tourism is potentially an economic “easy win” which can greatly assist in our economic recovery with relatively little expenditure by government provided it creates the environment for the sector to flourish unabated by government.  Instead, and ironically, it is this government that is the greatest barrier to this much needed economic growth.

The DA will continue to fight for this to change using all the tools available to it in parliament.  The ANC and the Minister appear to not understand that it cannot control and micro-manage the sector but it should rather allow the private sector to grow tourism thus contributing to our much needed economic growth.