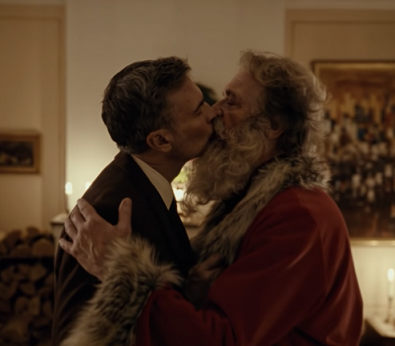 Posten’s video, which shows a developing romance between Santa and a man named Harry, made international headlines. The YouTube video with English subtitles has been watched almost 500,000 times (at the time of writing), and it has innumerable shares across social media. The ad has evoked emotional responses from social media users across platforms.

The video is – along with serving a marketing purpose for Posten – designed to mark next year’s 50th anniversary of Norway’s decriminalization of homosexuality. “On 21 April 1972, section 213 of the Norwegian Penal Code, which prohibited sexual acts between men, was repealed,” per Norway’s National Museum. A law legalizing same-sex marriage in Norway came into force almost four decades later, on January 1, 2009.

You can check out Posten’s Christmas ad with English subtitles below: