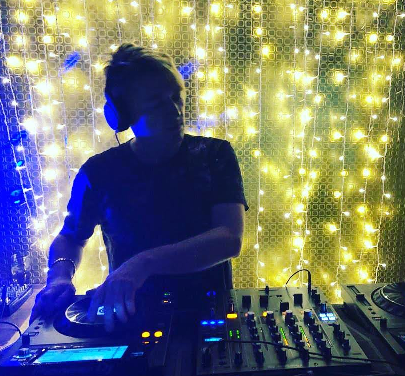 “Many moons ago I went to the incredible Mrs Henderson’s where everyone was transformed in the magical atmosphere with spectacular lasers. I was introduced to Stuart H, a blonde boy looking about twelve behind the DJ Box from where he performed his magic, elevating us all into a musical trance. Decades later Stuart still looks only a tad over twelve and has kept all of us forever young with his rejuvenating therapy!” – Rubin van Niekerk, Editor

A discography of Underground House DJ legend Stuart Hillary’s 29-year ground-breaking presence in the dance-industry would fill volumes. The proof, however, is always in the pudding, consistently and without fail.

The music industry fluctuates and changes all the time. Stuart is one of the few artists who remains one step ahead through innovation, taking chances and never insulting his ever-loyal fans’ intellects.

Not being the personality to wait for things to happen, since 1992, Stuart has played at, promoted, or owned some of the most respected and memorable clubs and events in South Africa, including Mrs Henderson’s, The Embassy, Krypton, GASS, Therapy, Remedy, Bitch, Legends, Discotec and ESP.

Stuart does not play the ‘classics’ but creates his own classics. His passion is house music, and he has created a style that is uniquely his. This talent has afforded him the opportunity to play alongside and earned the respect of the likes of Boy George, Alan Thomson, Carl Cox, Malcolm Duffy, Sasha, Digweed, Josh Wink, Junior Sanchez, Frankie Knuckles, Tony de Vit, Fedde Le Grand, David Vendetta, Alan X, Paul Heron, and Danny Rampling, to name a few.

Stuart’s party organising skills built a solid reputation because they raised the bar and always deliver only the best music and highest standards of production with a double dose of flair!